Next year marks the centenary of the beginning of the Great War (not called thus because it was so great to fight in it, I’m sure). The teens style had been one of my favourites for a while, so this seemed like a nice reason to start making an outfit in that style.

For my first blouse, I used the Folkwear 205 pattern. But I modified it in several ways, because I didn’t like every part of the design as it was, and also, because I had a clear image in my head of how I wanted the blouse to look.
Firstly, I wanted a front closure for practicality. I tend not to have a maid with me, so it’s really quite handy to be able to close things myself! Also, I found the suggested lace insertions a bit strange, and wanted to do vertical tucks over the entire front instead, so I combined the yoke and front part. In order to be able to take out space by making the tucks, I first had to add that space to the pattern. As the blouse did need to fit closely at the shoulders, this resulted in the blouse being quite a bit wider at the waist than at the bust, which I initially thought was a bit strange, but I saw a blouse pattern from the period online which also had this shape.
I followed the pattern for the collar, but made it a bit higher and added a very small ruffle at the top. I also lengthened the sleeved, added a tucked cuff to it, and attached a small ruffle to that as well. But I did attach a waistband according to the pattern ;).

White seems the colour of choice for most people making teens blouses, whereas I read in the early 20th century Dutch magazine De Gracieuse that they could have a wide variety of colours – even white with black stripes, and chequered! So it seemed fun to make a bright-coloured blouse. However, with the fabrics for my two planned skirts in mind, white was also the best option for my blouse. 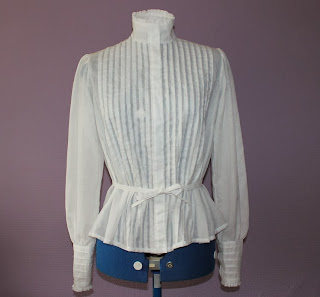 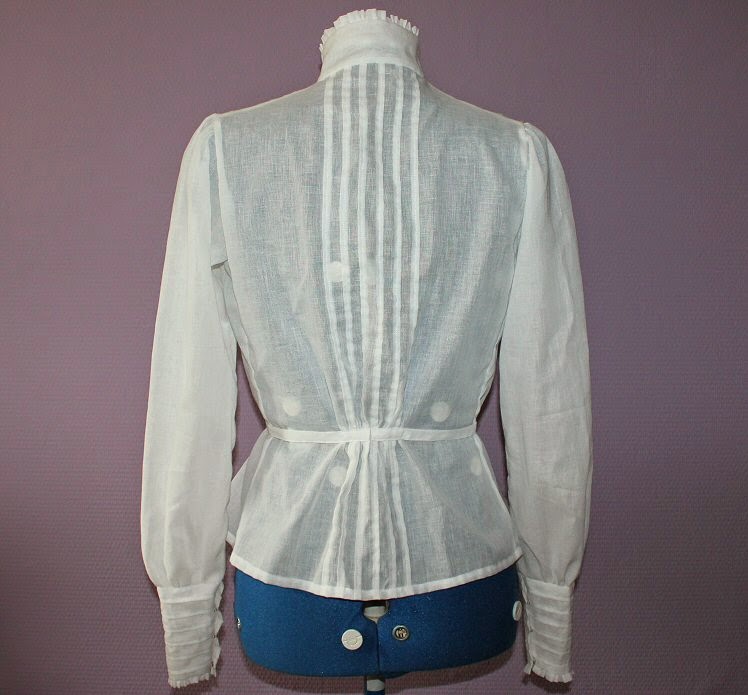 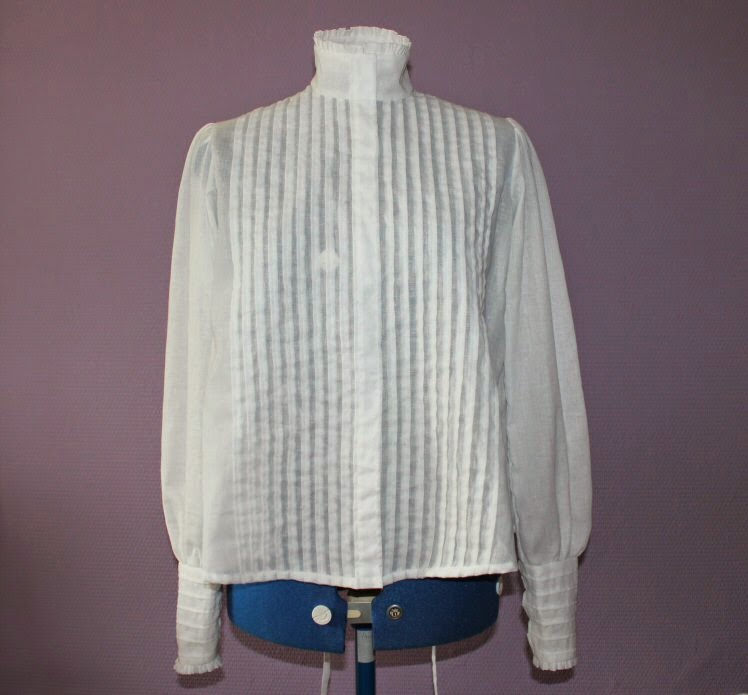 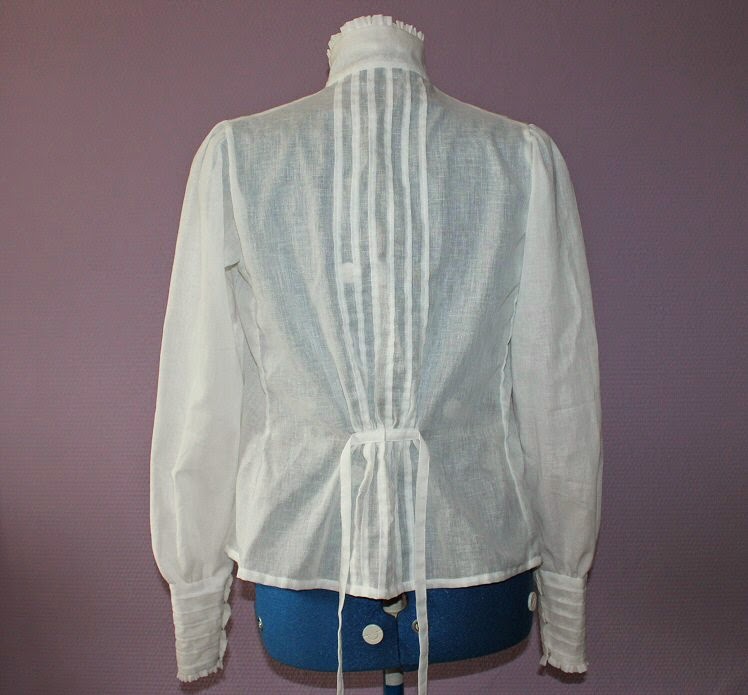 My blouse was mainly inspired by this 1890-99 silk shirtwaist (left), and a blouse in Costume in Detail by Nancy Bradfield, p. 342 (right). Her note also made me decide to wear a brooch with it. 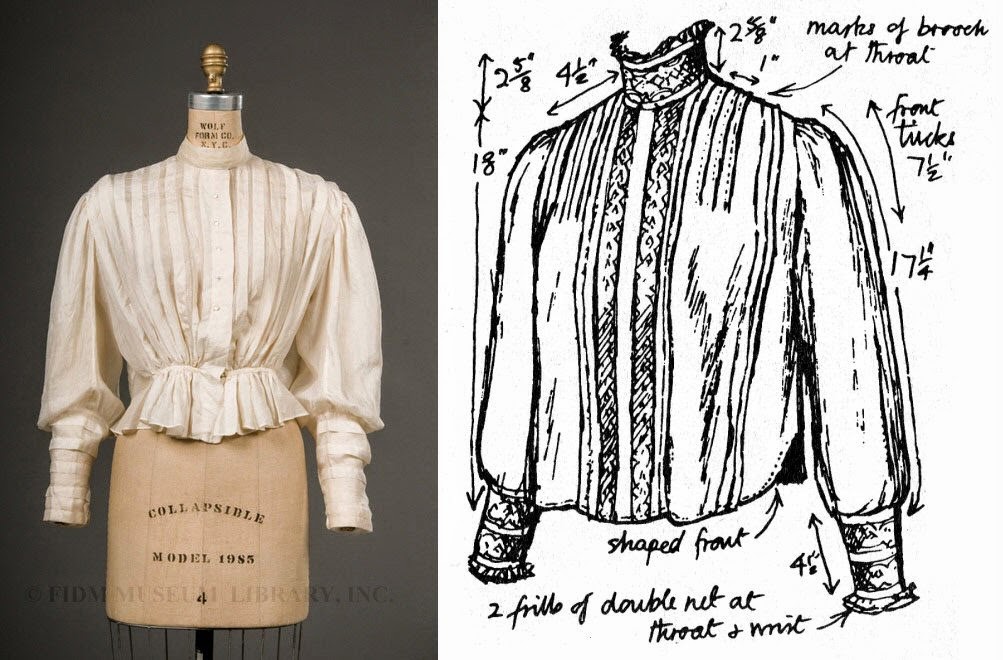 Here's me wearing the blouse: 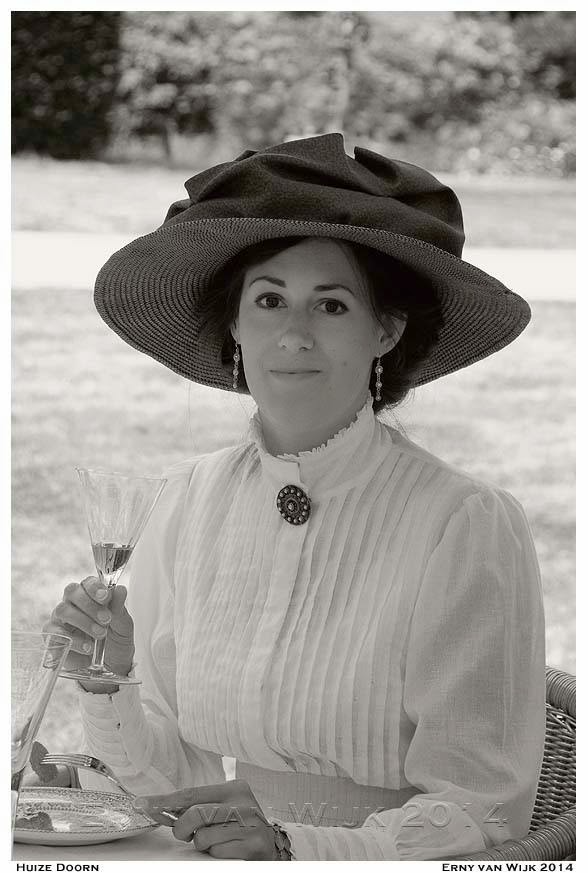