This is the blouse I almost finished during Sew For Victory. I used leftover fabric from my mother’s stash, and also the matching Gütermann yarn she still had, which was made in West-Germany! There wasn’t enough of it though, and when I bought an additional bobbin it turned out the colour number was still the same.

Here are all the pieces cut according to the pattern: 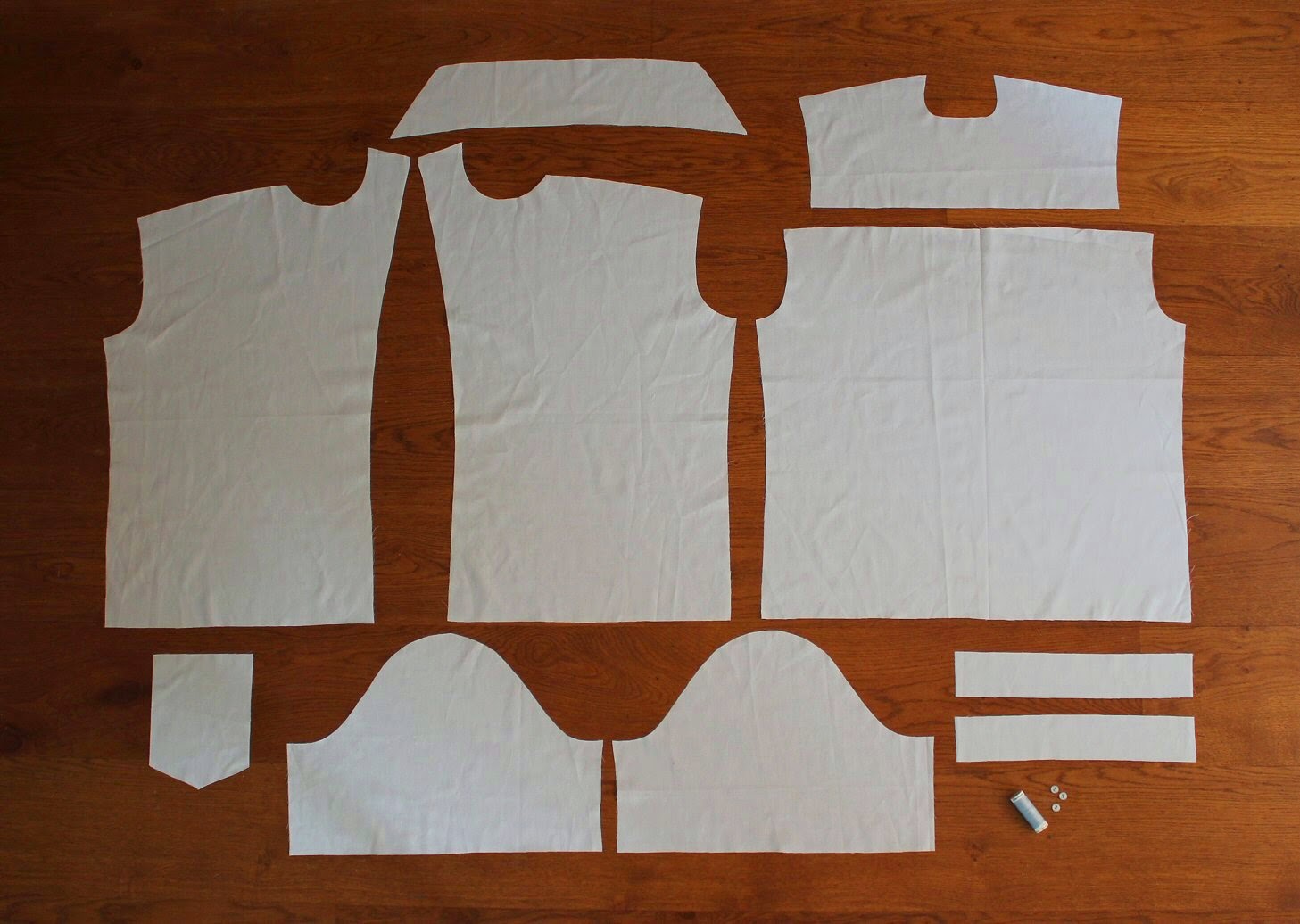 Usually I always make a mock-up when using a pattern for the first time, but since the Simplicity patterns I used before all fitted well, I didn’t make one for this blouse. I added three centimetres at the bottom to make it the same length as my other 1940s blouse, which became untucked before I lengthened it. I did notice the back seemed quite a bit wider than that of my other 1940s blouse, but I thought that would somehow make sense once the blouse was sewn up. It didn’t! I thought the blouse much too wide, even when trying to look upon it with 1940s eyes, and considering the fact that tops tended to be much wider then than they are now. The shoulder seam was also going to hang down my arm if I put the sleeves in without altering the cut.

So I took the back in by 8 cm, leaving the front as it was, and also made the shoulders narrower. I cut the sleeves wider, and made them puffy by adding a band, because I thought the suggested straight sleeves would have made the blouse a bit masculine.

I found the instructions difficult to follow, even with the added illustrations, but managed together with my boyfriend after explaining the sewing terms to him. I had to ignore my own ideas about how to sew this in order to understand what I had to do. Other than that, the blouse wasn’t hard to sew. 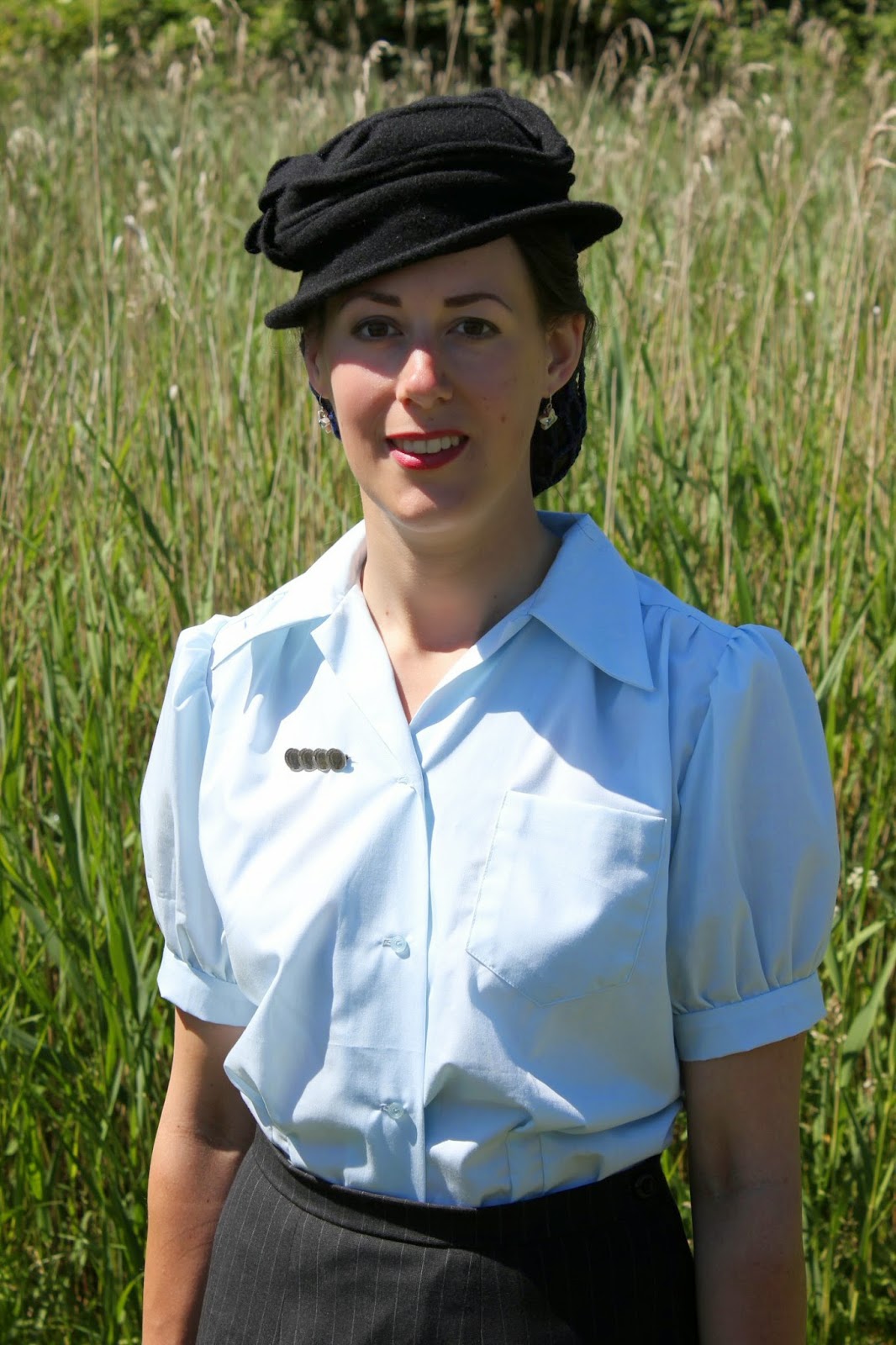 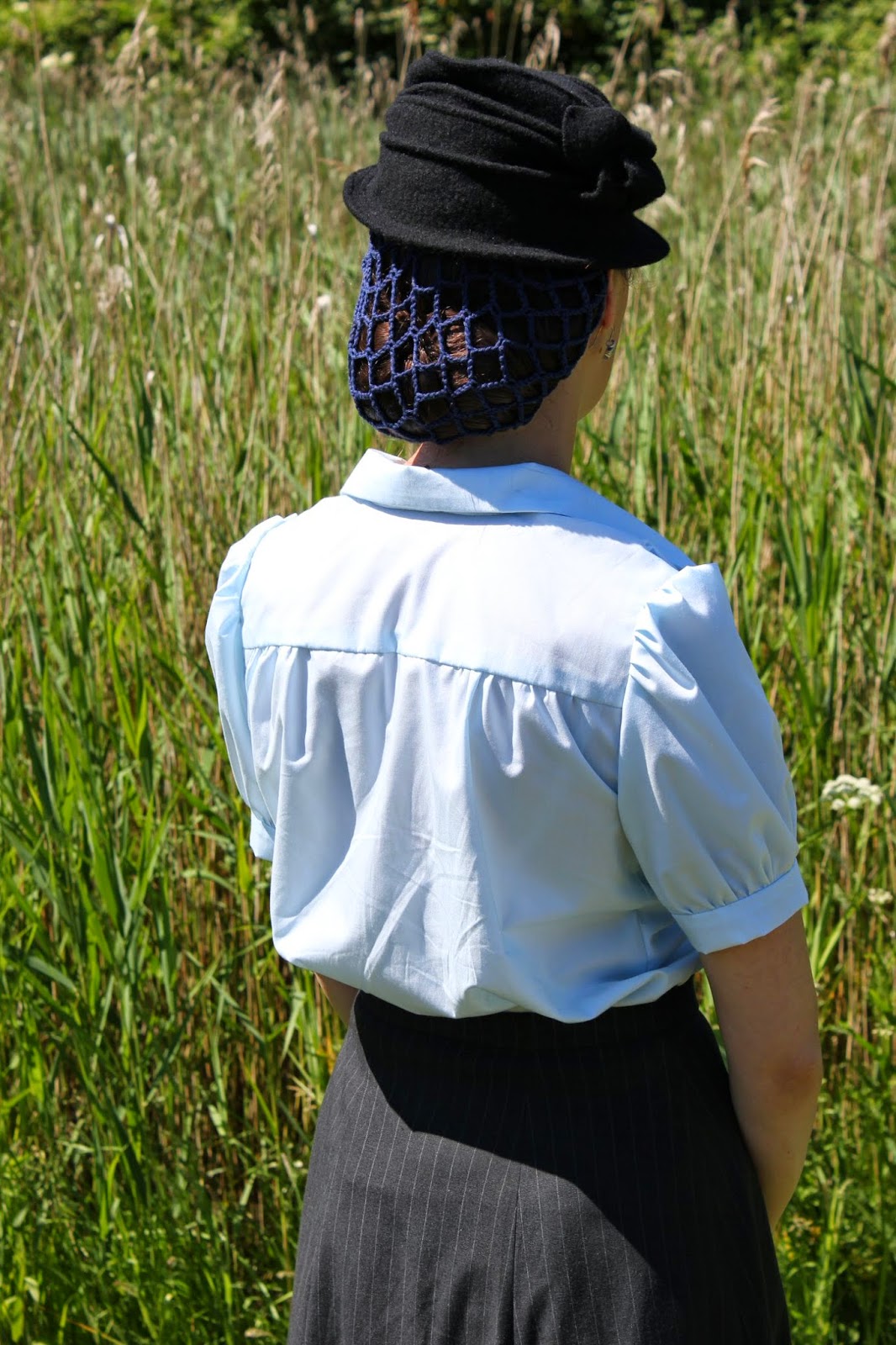