Fabric: about 60 cm of printed cotton
Haberdasheries: none!

For the bicentennial of the battle of Waterloo, I made a new camp follower’s fichu. That is, I cut a triangle of fabric at home and hand hemmed it at the event, as a nice campfire activity.

I used the ‘Single thickness neckerchief’ pattern included in Past Patterns #031, which says to cut a triangle and then fold the top edge several times and pin it.
This is the kind of pattern which you should just follow without wondering what exactly you’re doing. When I read through it I really didn’t understand why I should make so many folds in it, and what would be the use of cutting such a large triangle in the first place if the folds were going to make it so much smaller again. But somehow this method works! The pin keeps the pleats neat at the back neck, whereas at the front, the extra fabric from the pleats makes it easier to tuck the ends into the gown and keep everything covered in a modest fashion. With the simple triangles I used to use as fichus, I always had to pin the ends to my dress, and they’d still move. This one stayed nicely in place. 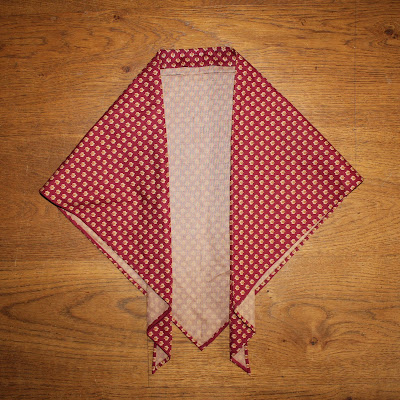 Hehe, this looks like it’s going to be an origami frog! 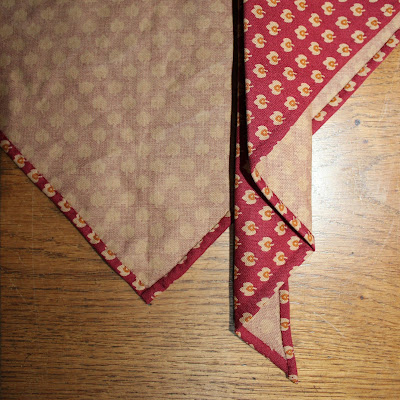 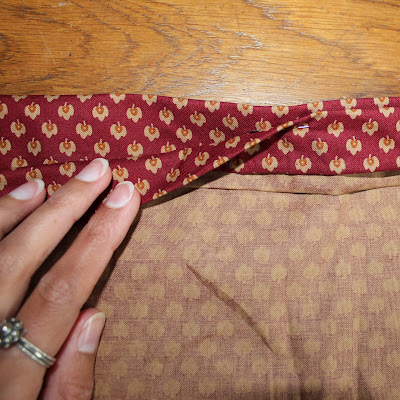