This blog is mainly about making things, but last year I bought a few things that I’m really enthusiastic about, so I wanted to share those with you. (And no, I am in no way being paid to do so!)

When looking for a wedding dress, I discovered a 1950s style shop, and bought a Collectif 50s Bella Bow belt. The shop lady put it around my waist when I was trying on a dress that was a bit too plain, and I instantly decided to buy it when I saw how much it added to that dress. And I’ve since discovered it adds a lot to a plethora of outfits, and worn it a lot!
Here are some examples of outfits without and with the belt. It makes them less basic, and emphasises my waist: 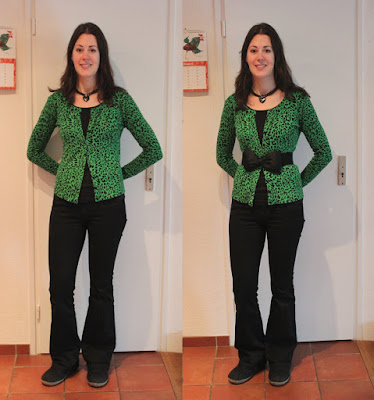 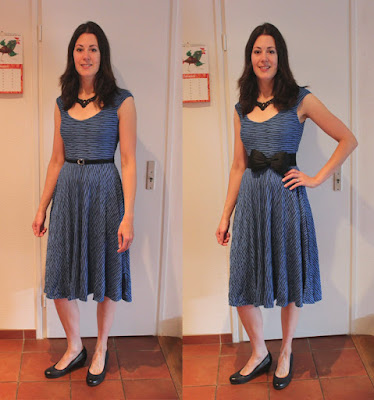 Unfortunately, the quality of the belt isn’t that great; although admittedly I did wear it a lot, I did think the elastic started stretching very quickly, after a few months. So I had to get a new one, as the first didn’t actually have its waist cinching effect anymore.

I wrote about this before: last year I had a ‘seasonal colour analysis’ done. And I’m still chuffed that I did!
First, the theory of seasonal colours was explained to me, which was interesting. I was shown photos of people with different skin tones (warm vs cool), and varying amounts of contrast in their appearance, and which colours did and didn’t suit them. I clearly saw the difference, even on the computer screen! After that, I sat in front of a mirror, and had fabric colour palettes draped around me. And I could see my face change colour when suitable and less suitable colours were next to it! That was very nice, because it didn’t make me feel like I was being made believe that certain colours suited me – I could actually see it for myself. 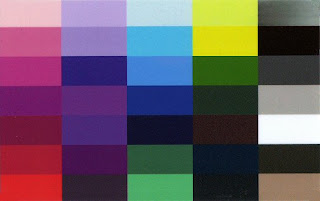 I’m a deep winter type, which means cool colours suit me best, but moreover, intense cool colours (see colour palette). Luckily, almost all the colours I already liked turned out to suit me (I wonder whether you are intuitively drawn to colours that suit you?), I’m ‘allowed’ to wear black, and because I’ve got light skin and dark hair and eyes, I can also wear contrasting colours. But I’ve also started wearing colours I wasn’t that much into before, like petrol, more, because I know they look nice on me.

My husband had an analysis done as well (he’s a muted summer type), because he, too, wanted to know what suited him best before picking his wedding clothes, and I really enjoy looking at him wearing colours that are great on him, like sea green and steel blue!

These are the perfect slippers, I’m so glad I found them. Granted, they could have looked slightly more elegant, but I don’t think they’re ugly, just basic. And they’re wonderfully warm without being sweaty (and smelly…), and soft enough to walk on hard floors with. I think I actually bought them the year before, but that says something about their quality! They still look and feel practically the same after a year of intensive wearing. They are not vegan friendly, as they’re made of wool, but I do think they’re sustainable, simply because they last so much longer than slippers made of synthetic materials. 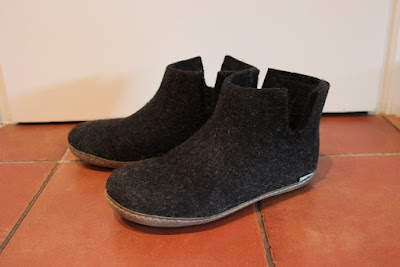