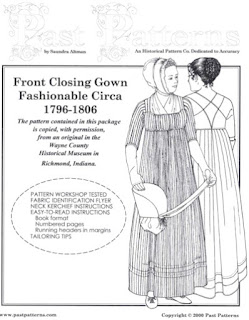 
Fabric: about 75 cm of blue cotton and about 85 cm of white muslin


As with my previous fichu, I used the ‘Single thickness neckerchief’ pattern included in Past Patterns #031. I am now trying to get more items in my re-enactment wardrobe in colours that actually suit me, so I wanted a blue fichu, but also a white one, to match my new ruffled cap, a present from Welmode =). I hand hemmed both fichus in the car on the way to Disneyland Paris and back, and was happy to return from this short trip with nice memories as well as two finished items!

The blue fichu is a bit smaller than the white one (more so than it seems in the photos). The pattern says to cut a square of 74 to 82 cm and then halve it, and the fichu is supposed to be cut on the bias. I didn’t do that with my previous fichu because I used a patterned cotton for it and didn’t want the pattern to go askew, and forgot about the bias, so while I thought I bought plenty of the blue cotton, it was in fact only just enough. However, the blue fichu fits well and stays in place well without the need to pin it to my clothes. The white fichu is actually on the large side, but because of the thin fabric, that isn’t an issue, either. 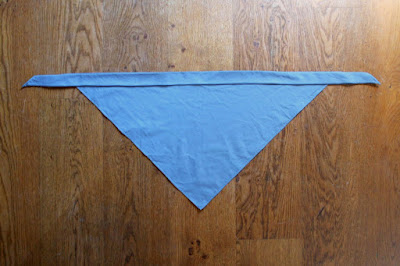 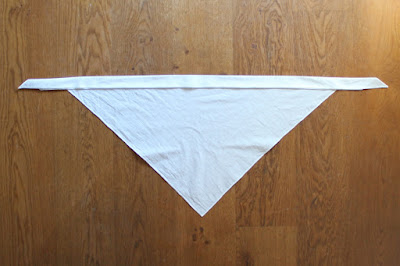 In my previous fichu, I replaced the pin that holds the pleats in place by a few stitches, and didn’t use pins here, either. I didn’t really like the idea of having a pin at the back of my neck, and this is handier for laundering as well. 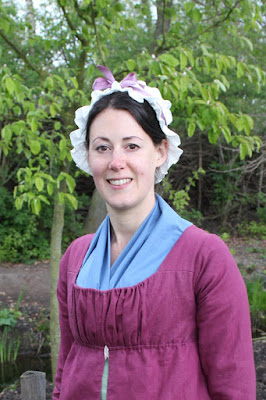 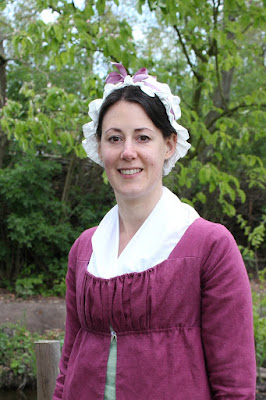