Whenever I decide to start making clothing from a period I haven’t tackled before, I start gathering pictures first, to get a detailed impression of how everything looked. When I did this for the late Edwardian/WWI period, one of the things that instantly caught my eye were the boots with built-in spats. I love those!

I started thinking about how to get a pair of these boots to wear with my WWI clothes, and when I came across the American Duchess Tavistock boots, I decided to order those and paint the top part grey. But when they arrived I really liked them as they were, and thought it a bit of a shame to paint them. Also, there would have been a paint line between the black part and the lighter coloured part, where there would have been a seam in the originals. I didn’t quite know how I was going to make the line look like a seam. But at some point I had an idea:
Why not make spats that could go around the boots and would be held in place by the boots’ own buttons? That way, I’d still be able to wear the boots in all black, and I’ll even be able to make different coloured spats to go with different outfits.

I made the pattern by wrapping fabric around the boots, held in place by the buttons as well as clothes pegs, copying the seams onto the fabric, then cutting the pieces out and sewing them together. After a couple of versions, I had a mock-up that fit nicely tight around the boots.

Sewing the final version was easy – making 48 buttonholes was what took the most effort!

I now also have use for a present I got from my parents-in-law a while ago: 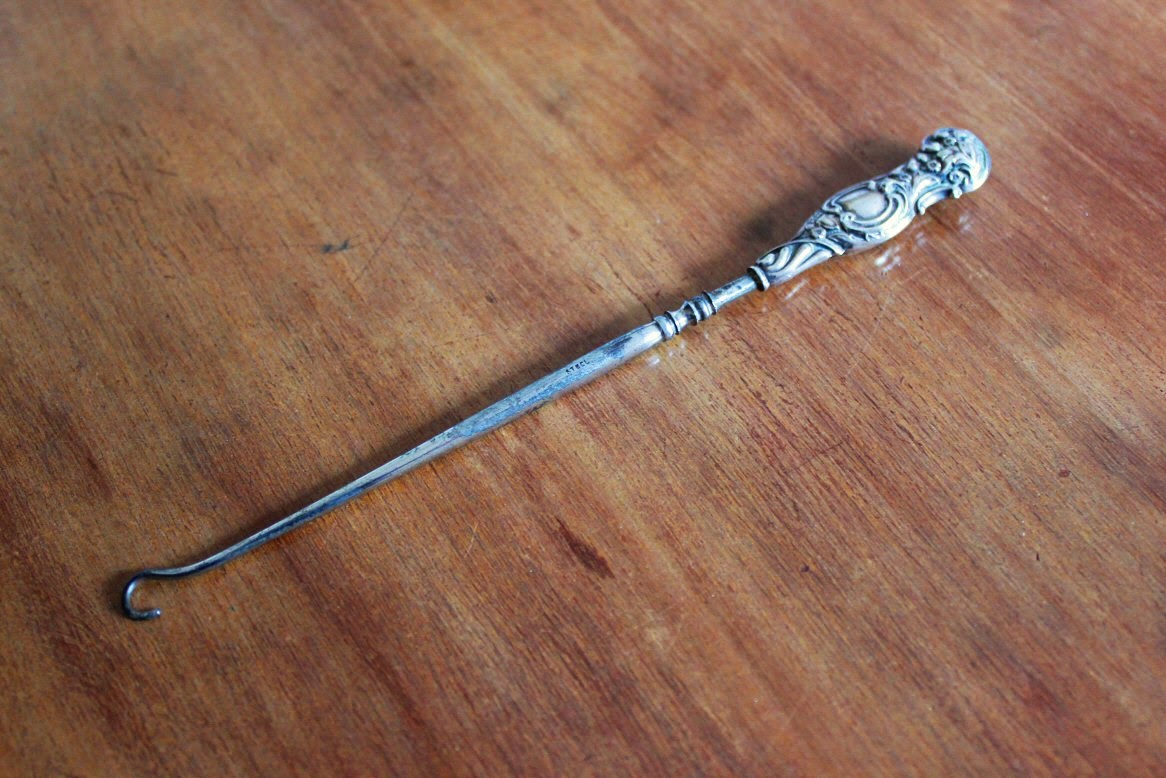 They said it was for use with corsets, but I couldn’t think how it might be applied to one. But browsing American Duchess’s website I saw a very similar item, and discovered it’s meant for buttoning boots: you slide the hook through the buttonhole, then around the button, and then pull. This really makes buttoning up these boots much easier. So nice that I already had one, and quite probably an original as well.

These spats are definitely one of my favourite things I’ve made. They turned out exactly how I wanted, and I think they really look awesome. 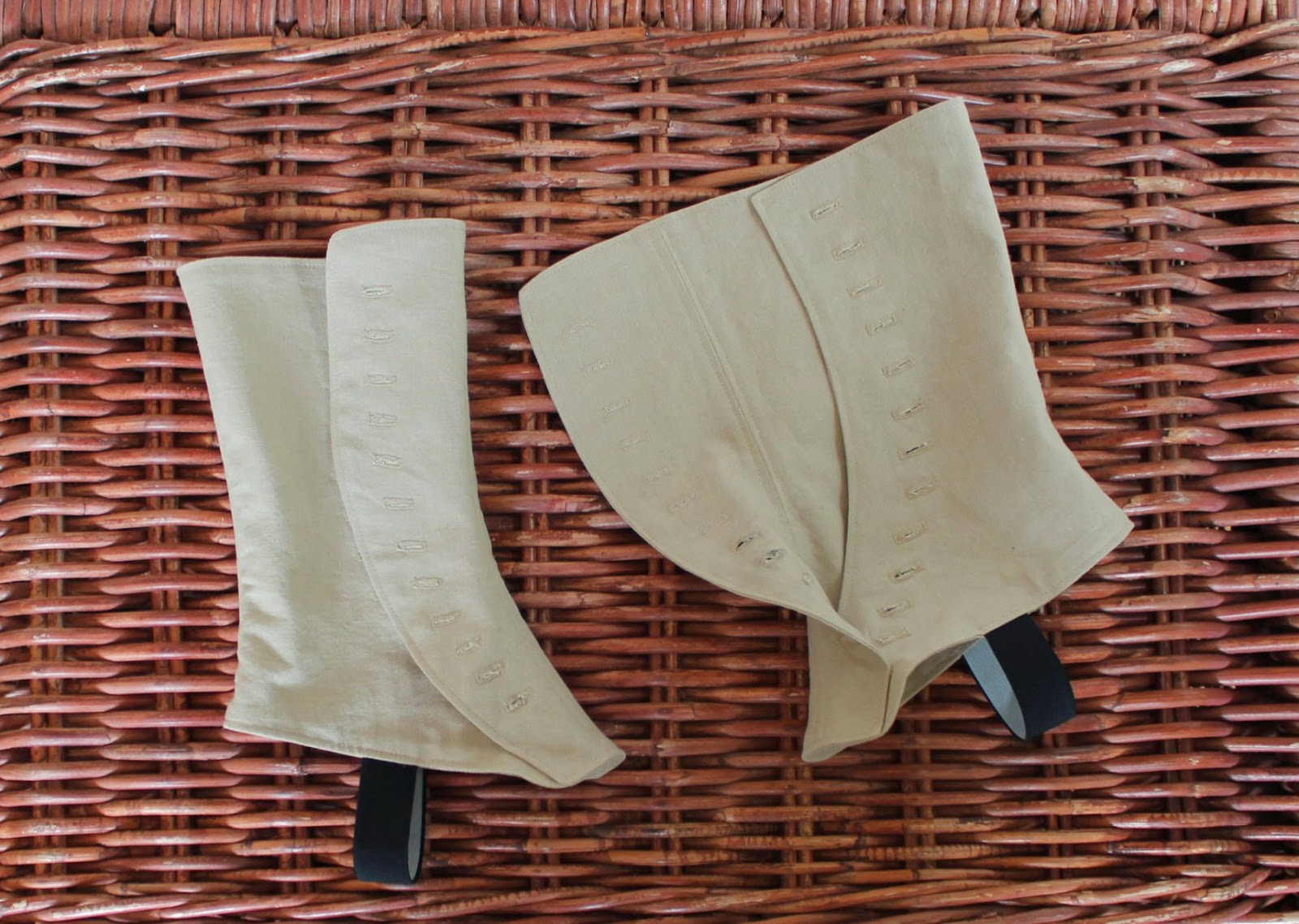 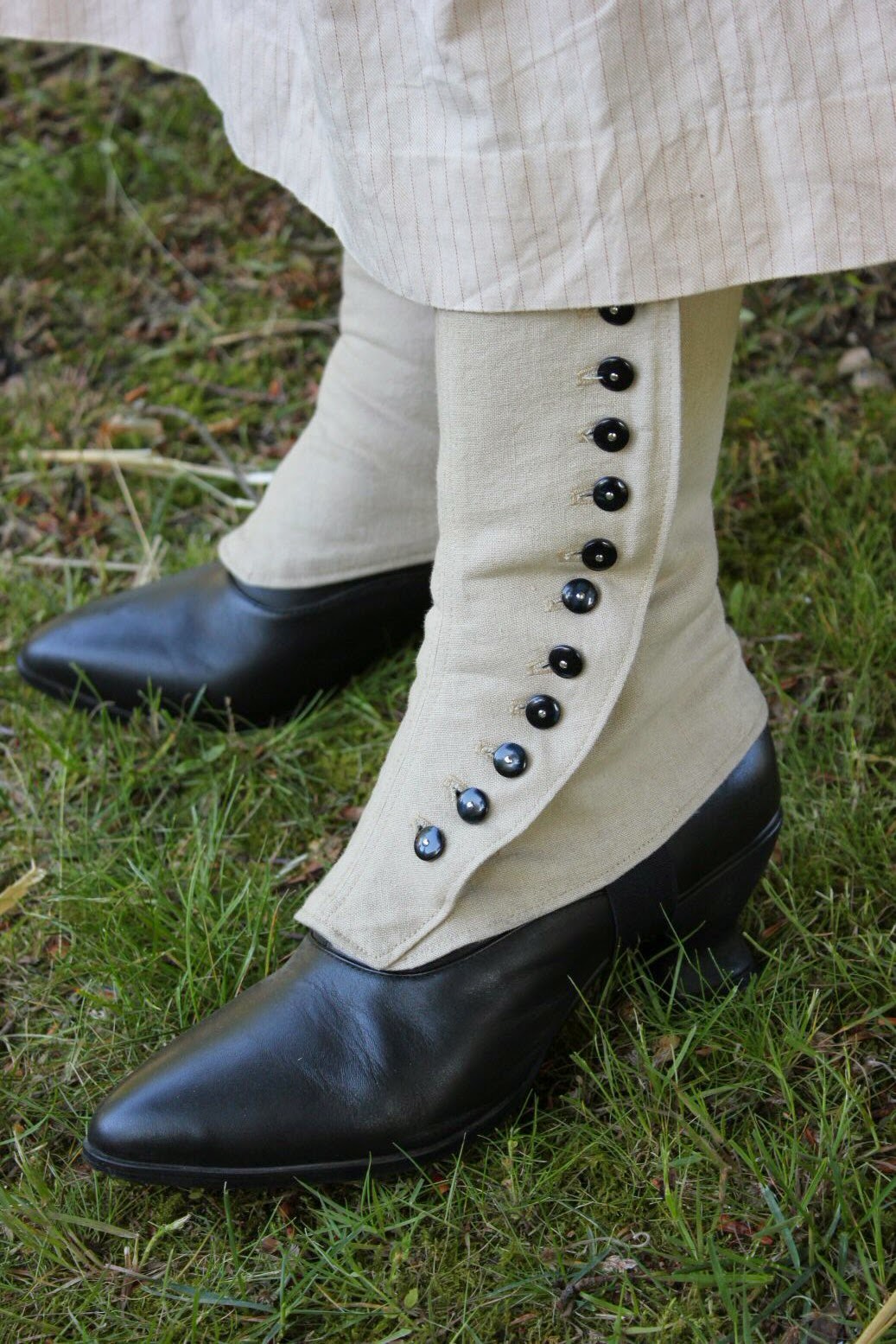 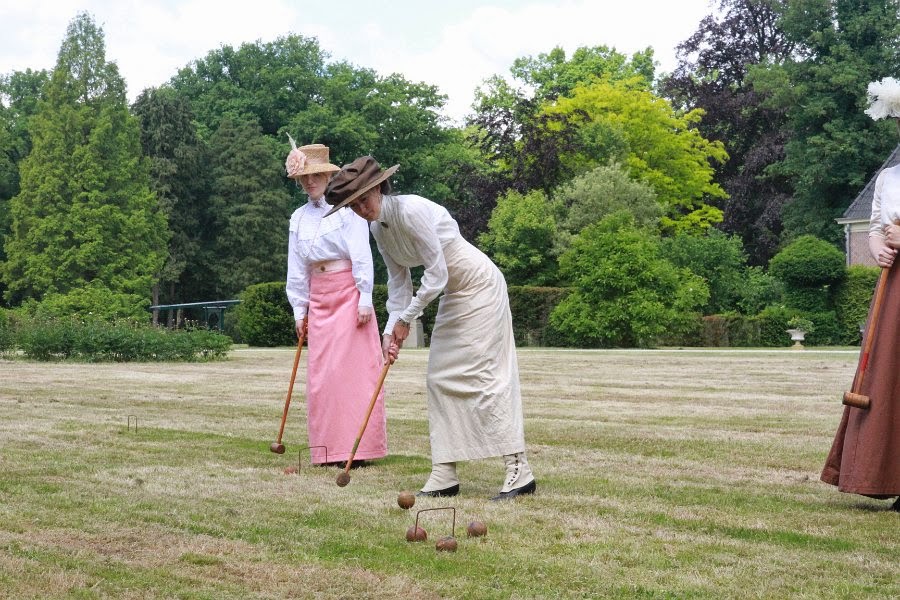