For years, I have worn my trousers out more quickly than I’ve stopped liking them (or found a replacement), so I tend to make reproductions of my store-bought trousers. Last august, I finished my first pair of jeans. At the time, a store-bought grey pair of jeans was already on the way to being outworn, so I thought I might as well semi mass produce and make two pairs at the same time. I started off cutting and sewing them both, but after a while I got fed up with having to change my serger yarn all the time! So I postponed working on the second pair for a while. 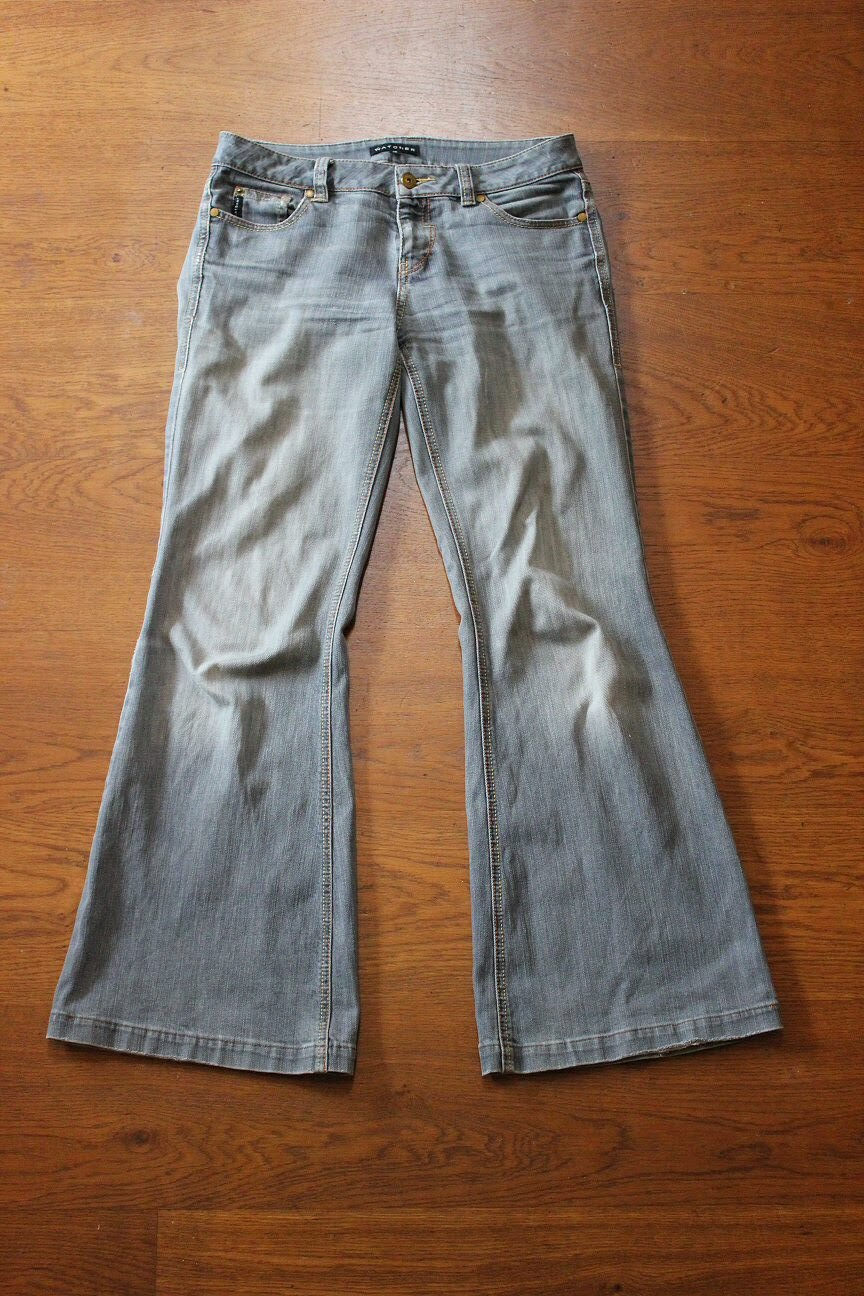 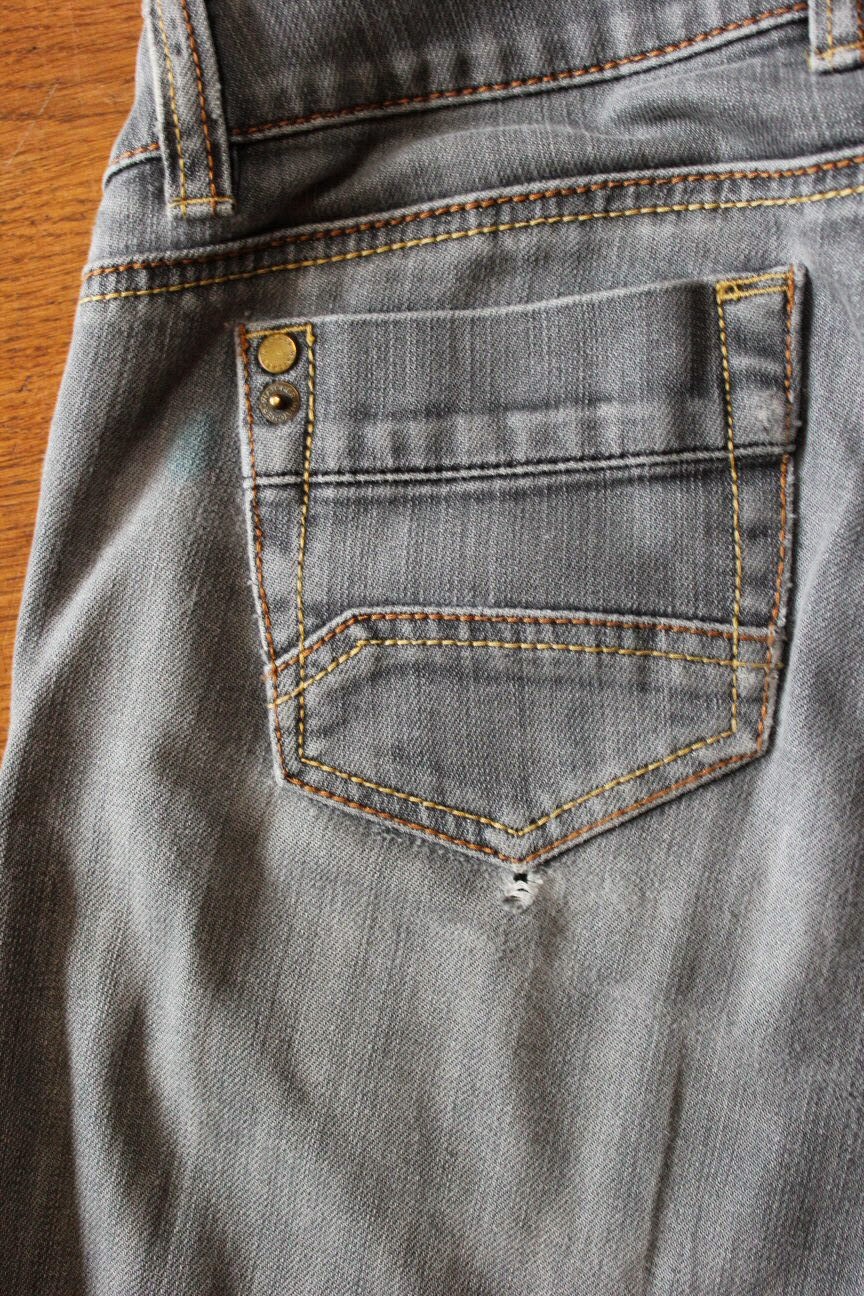 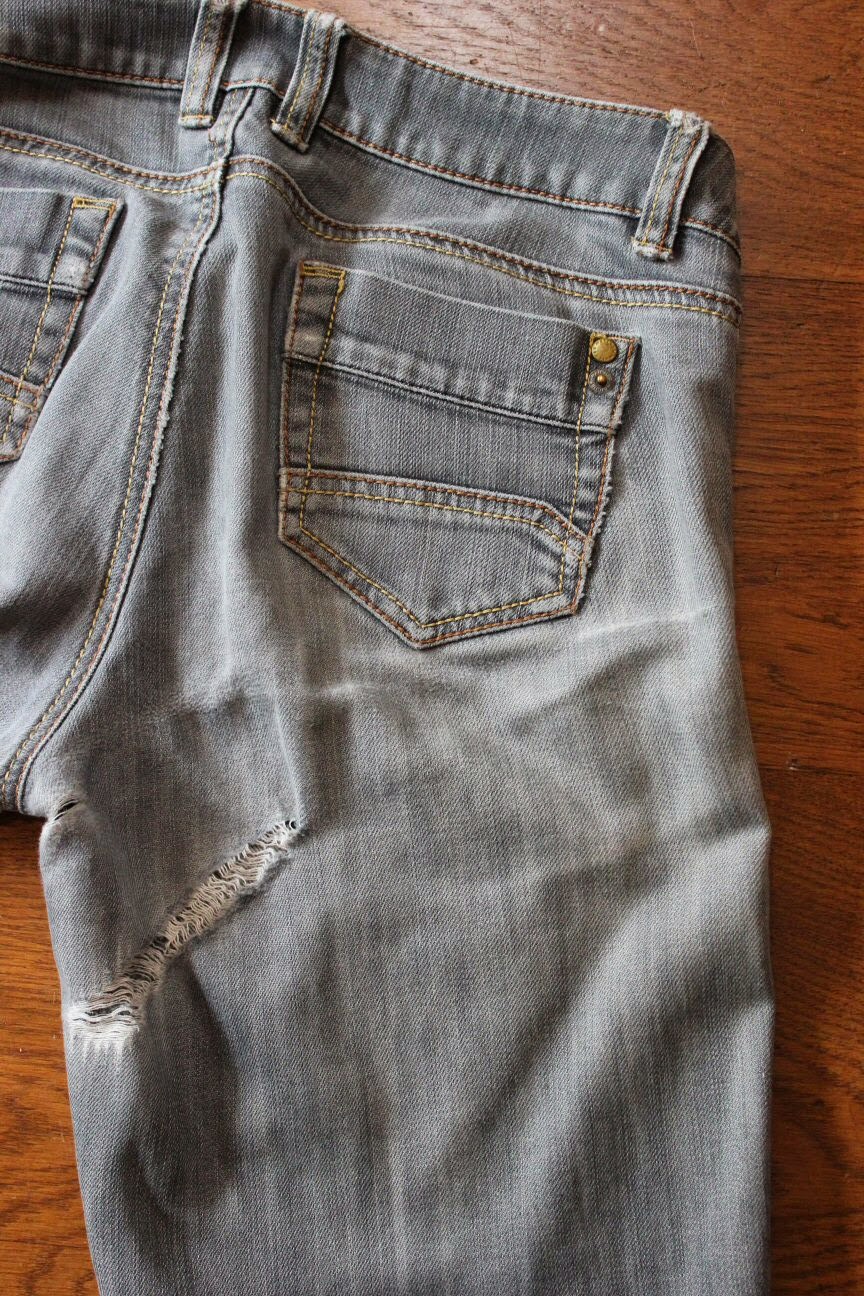 I think the tear on the inside leg is from cycling, but I’ve got a skirt saddle now, so that shouldn’t happen anymore.

I could have made a pattern based on the original, but since I found the jeans I based my earlier pattern on more flattering, and the fabric I had in my stash was stretchy while the grey original was not, I decided to use the same pattern I used for jeans 1, but to copy the details on the grey original – more elaborate pockets, different stitching at the fly, a slightly different side front pocket, and for some reason, the direction in which the seam between the connecting piece at the back, and the back leg, is folded and sewn.

Even without having to change the serger yarn, I still had to change the top stitching yarn all the time, as nearly all of the seams on the original were sewn with two colours. Argh! I like the look of this, though.

Under construction - a few ends to work in… Eek! 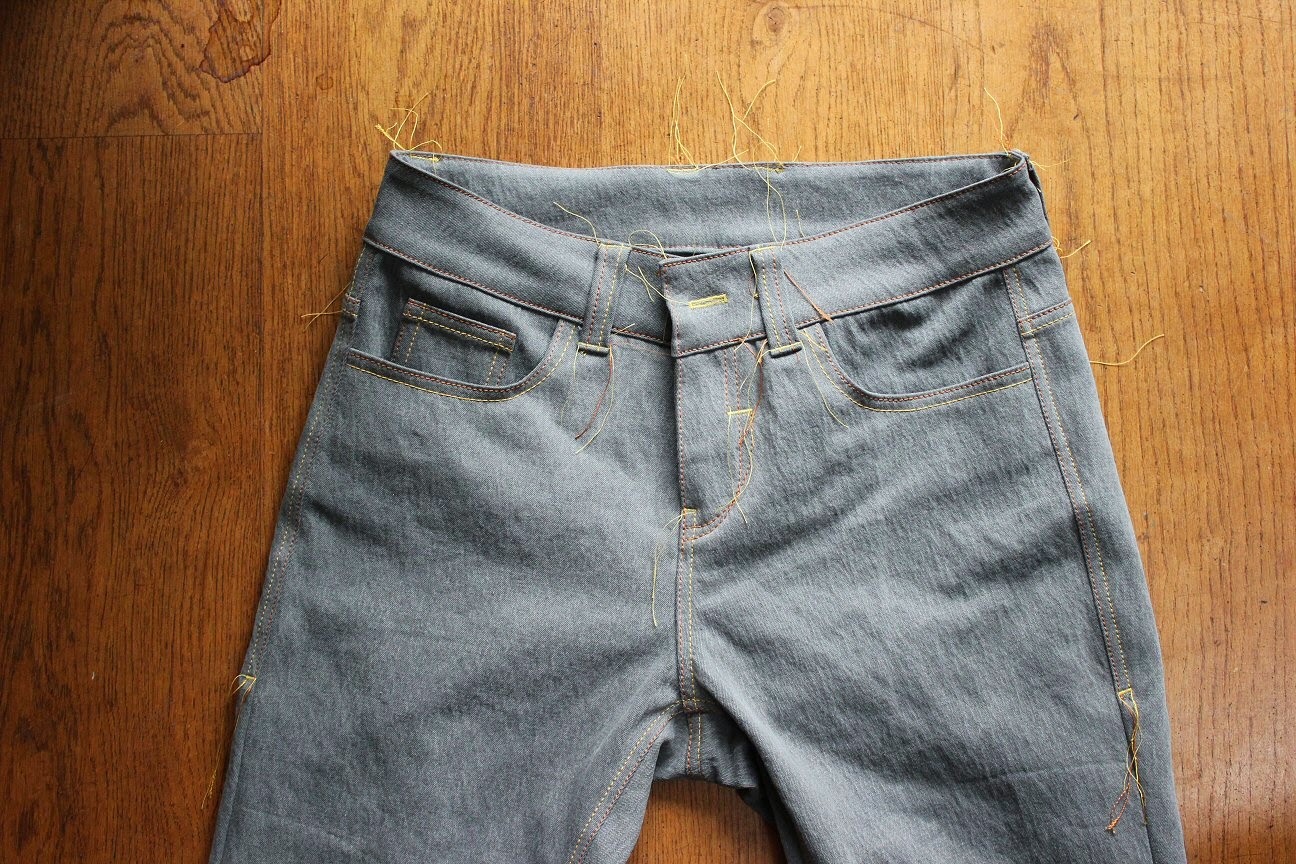 Because I finished these after making my first pair, I could avoid making the same mistake I made with those – sewing the outer leg before the inner. This meant I couldn’t top stitch the inside leg. And topstitching it obviously makes the seam stronger – indeed, I have had to repair the inside leg seam of jeans 1 already. But apart from that, it is holding up beautifully =). It seems my artisan jeans are actually better quality than the store-bought ones, which just wear out so quickly... And it’s nice to know no child labour was involved in making them! I won’t say anything about sweat shop labour, though ;). 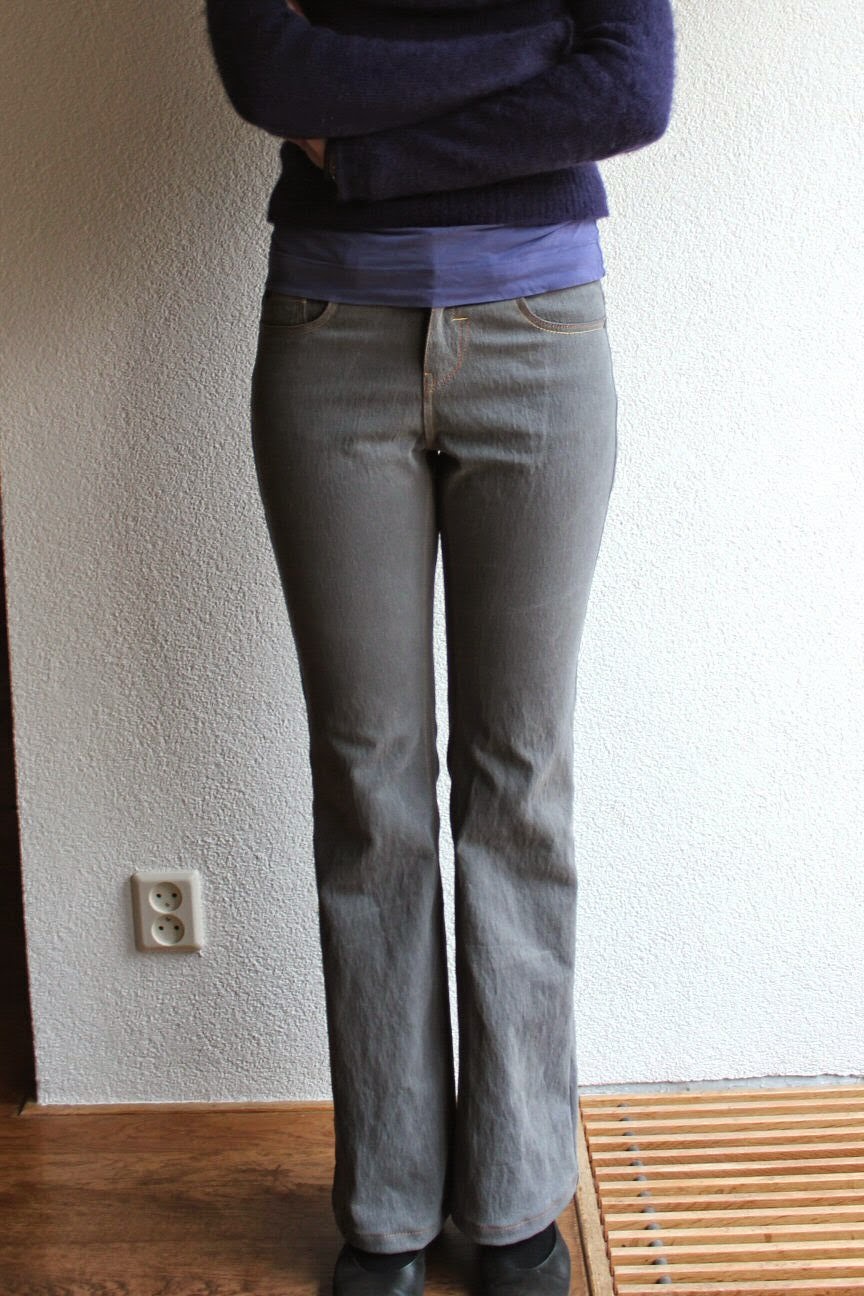 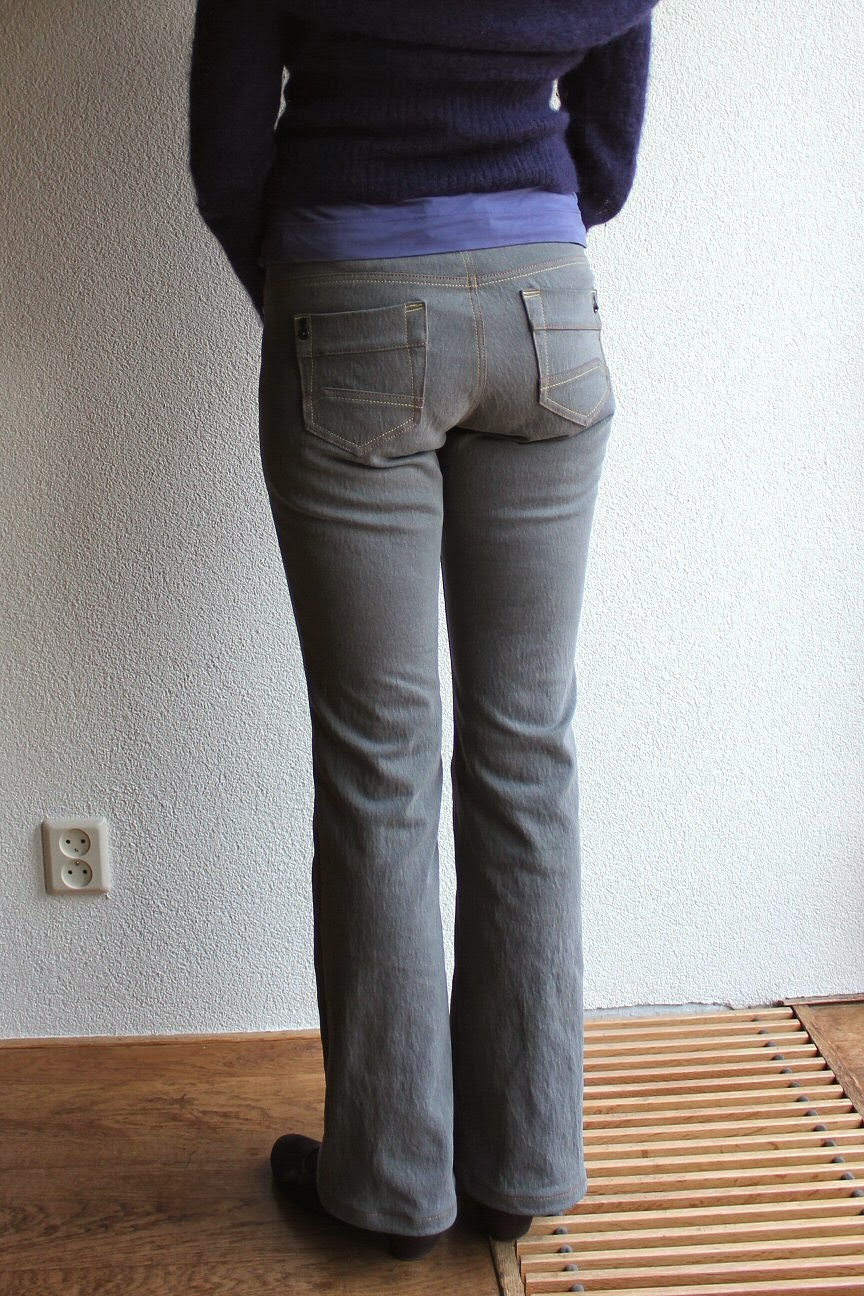 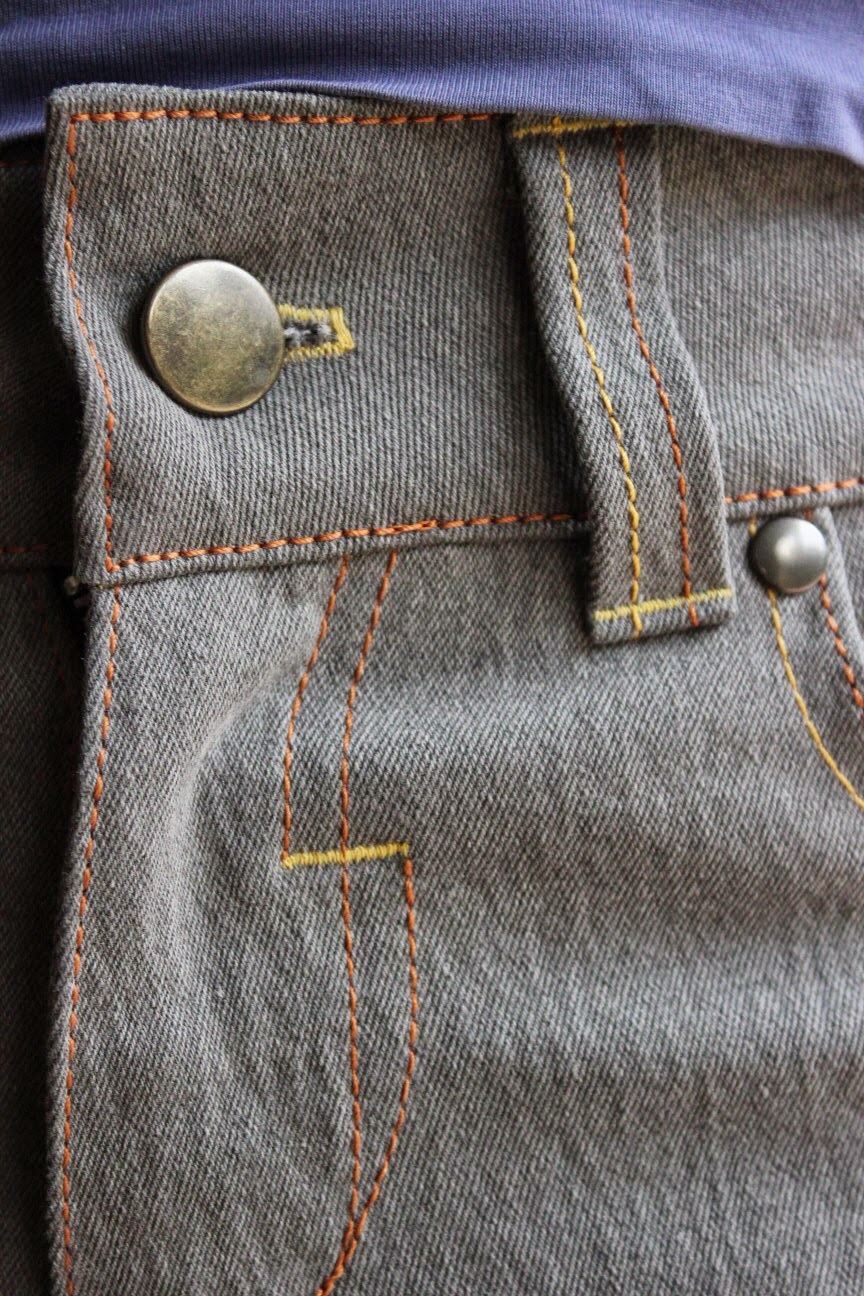 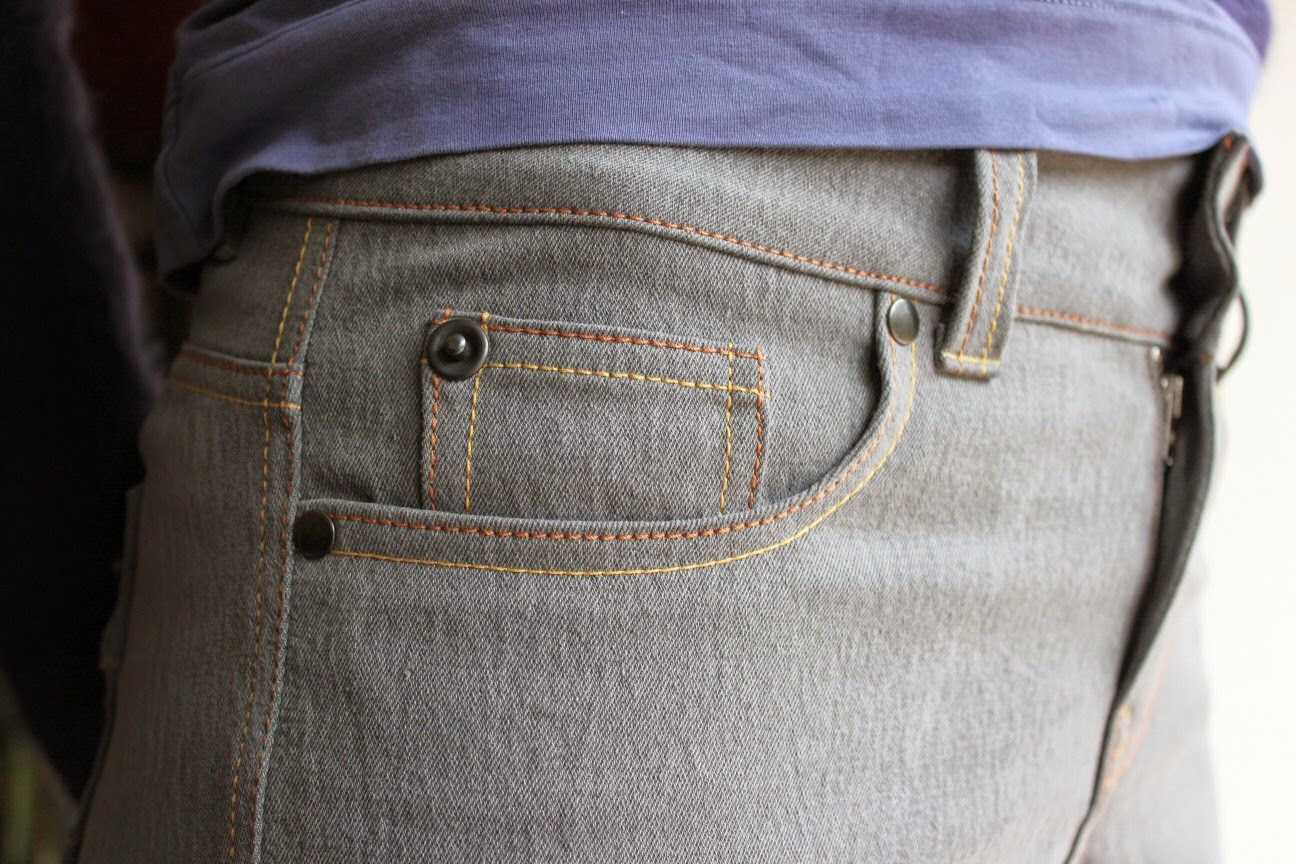 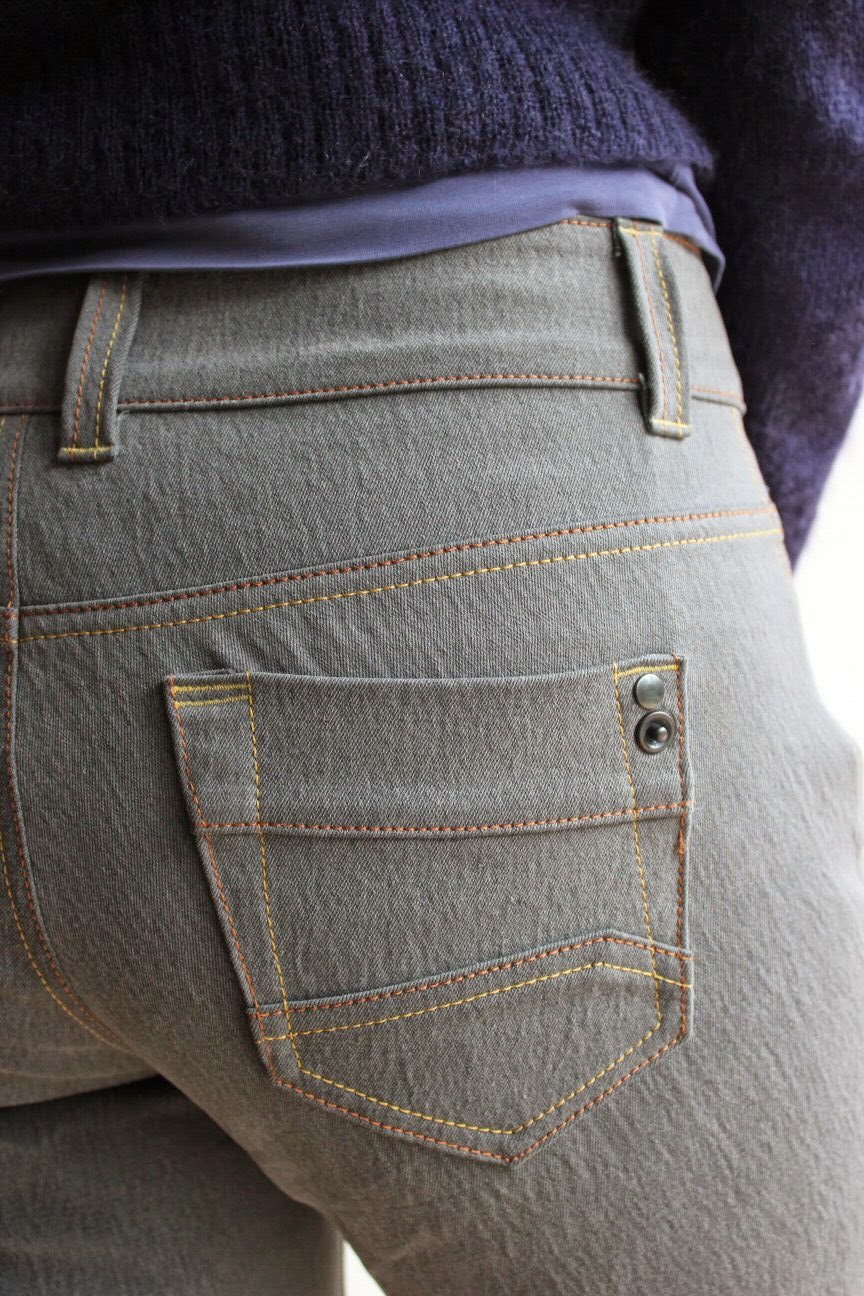 Note: the jeans may look a bit tight in the photos, but that’s because I didn’t wear them before taking the photos. They got a bit wider with wear, and are really comfortable!
Posted by misshendrie at 10:50