Er, no no, the green one


Pattern: improvised, based on officer’s coat

My husband and I, and some friends, had a totally brilliant civilian Regency weekend a week ago (more about that later!), and for that I made him a tailcoat. He bought green wool fabric for this a while ago, and ever since, the working title for this coat was ‘the green one’ – as in: “Er, no no, the green one. Yes, that’ll do!” I love having a man who knows his Mr. Darcy quotes! =)

I made my husband a Regency officer’s coat two years ago, and used the pattern for that to make one for this coat. Both coats are double breasted, but there are several differences, so I did have to make several changes to the pattern. For one, I made the tails quite a bit longer. The officer’s coat has a simple standing collar, but most original civilian coats I saw had a collar that was folded over, often with ‘M’ notches. Those had to grow on me, but once they did, I decided to include them, as they are characteristic of the time! Also, I made pockets with pocket flaps. 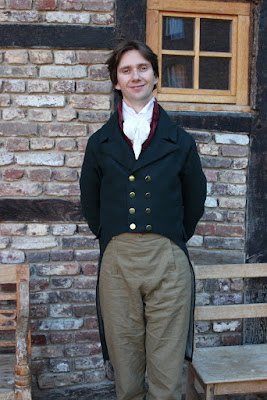 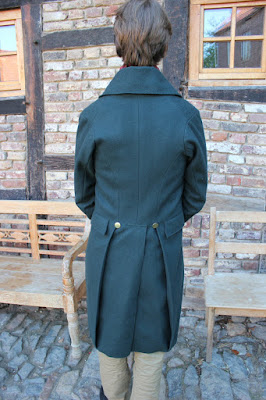 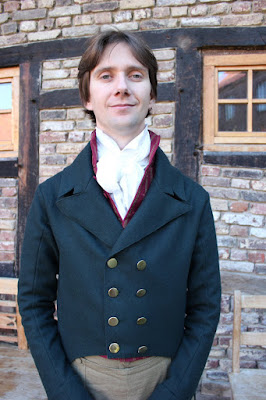 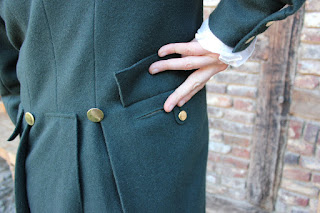 Argh, I lost my notes, so I’ll add more about making the coat when I recover them! :P
Also, I’m still waiting for photos of the weekend from the official photographer – will add those when I get them, so you can see the coat worn in context!
Posted by misshendrie at 20:28