Oh dear, the last time I posted was april! It probably seems like I didn’t do anything for several months, but I did sew – mainly alterations and other things that weren’t really blog-worthy though.

But here’s something I’ve made that I do think is worth posting: a World War 2 Women’s Land Army (WLA) hat. Obviously I didn’t make this as a standalone item, but am working on a complete WLA uniform. Most of which I, happily, have been able to buy instead of sew! The only thing I’m missing is the sweater, which is rather hard to come by in wool.

You can find photos of the WLA on my WLA Pinterest page.

I bought the 100% wool brown hat on sale at H&M. Here’s how it looked before I customised it: 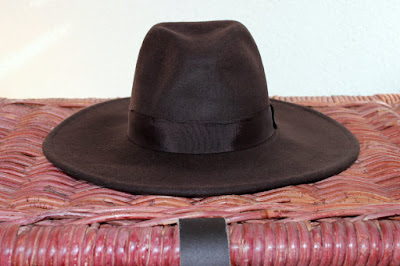 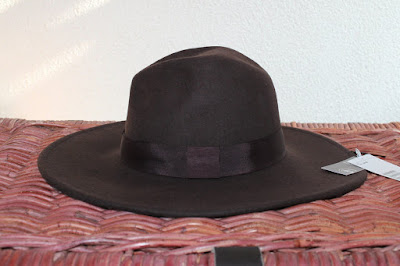 The main example I used to base my hat on, was this one from the Imperial War Museum: 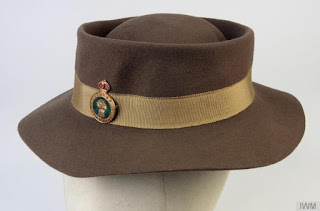 As you can see, the hat has a very particular shape. I expected it would be no problem to permanently reshape my hat, simply by wetting it, shaping it and letting it dry. But what was I going to use as a mould? Eventually I found several items that had the right size to form the mould: 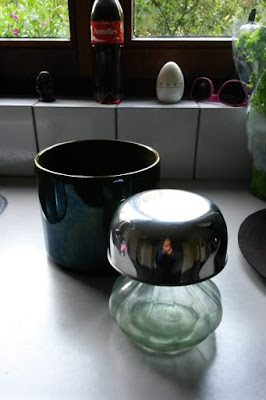 And once I had found those, it was indeed very easy to shape the hat. After the hat had dried (which took rather a long time!), I cut about 4 cm from the brim. I sewed on an at least part cotton beige grosgrain ribbon (it was difficult to source the right colour AND width, but eventually I found the right ribbon on Etsy), and pinned on the reproduction WLA badge. And here’s the result! 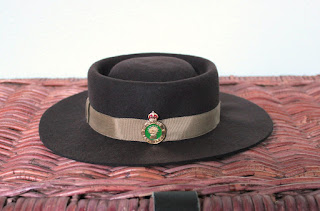 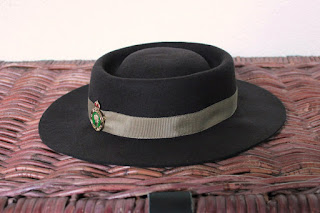 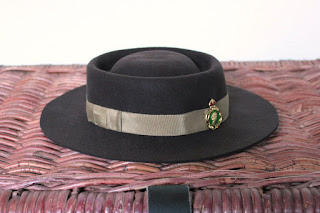 I did a quick, untidy, sort of ‘40s updo to model the hat. Naturally I’ll post photos of the entire uniform once I’ve worn it, but I don’t know when that will be! 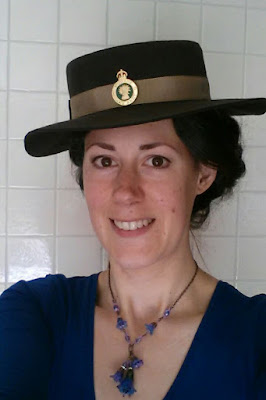