Earlier this year I used fabric dye for the first time, and since then I’ve had some really good results, so I thought I’d share what I’ve dyed so far.

I think I first got the idea of trying out fabric dye when I ordered a lingerie set online, and its colours turned out to be very disappointing in real life, but returning it wasn’t really an option. It seemed grey and pastel pink in the pictures, but turned out to be grey and salmon colour. I’m a bit allergic to salmon colour because when we moved into our house most of the woodwork was painted in that colour and it was a pain to paint over, but even if that hadn’t been the case – grey and salmon for underwear, really?! Anyway, the lingerie wasn’t cheap so obviously I wasn’t going to try fabric dye for the first time on something like that, so I picked some old shirts I wasn’t really wearing anymore and dyed them first. It’s interesting that while I now know which colours suit me (I’m a deep winter type), I think I did at least partly realise before that these colours did not suit me. Because I liked these clothes when I bought them, but for some reason I didn’t wear them a lot.

These are the clothes I picked to try out the dye (seeing them together in one photo makes me wonder how I could think those were nice colours at all…), the lingerie set and a black and white shirt I bought specifically for dyeing, as I got a little overenthusiastic at the thought of the possibilities: 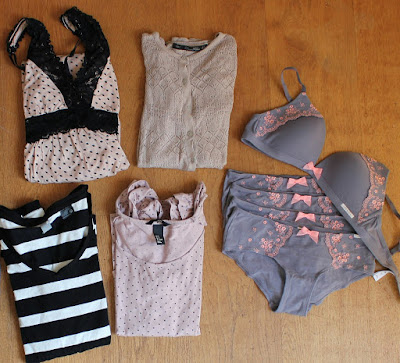 I used Dylon hand wash dye, and followed the instructions on the back of the packages of dye to the letter. I used the special Dylon salt – I’m not sure whether it is actually any different to regular table salt, but it isn’t expensive so I didn’t want to risk getting less good results due to not using it. Also, I weighed 250 g of salt rather than adding the much less exact five tablespoonfuls, the other suggestion on the package (I weighed five regular tablespoons full of salt, and that was only about 125 g!). I used a cooking thermometer to approximate the instructed water temperature of 40°C, although this is the one thing that I started taking some liberty with when I got more dyeing experience, and it seems that hotter water is fine, or perhaps even yields better results. I also stirred the cloth in the dyeing solution consecutively for 15 minutes, and left it in for another 45 minutes.

This is the first shirt after dyeing it Intense Violet: 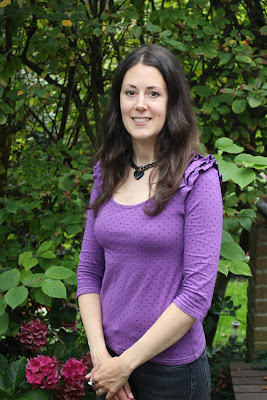 Most clothing is sewn using polyester thread, and that doesn’t take the dye, as you can clearly see on the inside of this shirt; however, I don’t find it very visible on the hem. 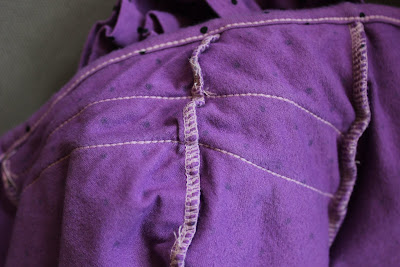 After this first successful attempt I dyed the black and white striped shirt, and a knit lace cardigan Flamingo Pink: 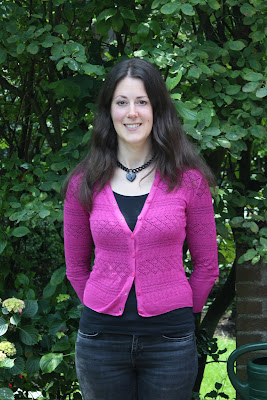 The cardi turned out exactly as I had hoped. I did have to replace the buttons, of course! Even though these dyes are meant for dyeing white fabric into the colours pictured on the package, I found the pink stripes on the shirt a bit too light, despite the weight of the clothes being exactly right for the amount of dye in one package.

By now I kind of felt confident enough to dye the lingerie set, and here’s the result, again using Flamingo Pink: 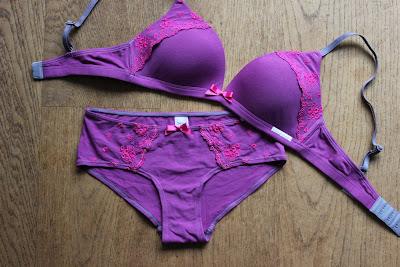 Obviously, the closure and shoulder straps are synthetic and didn’t change colour. I hadn’t really taken that into consideration, but I don’t mind, because I think I’m really lucky with how this set turned out! I don’t think it could have turned out better. I wasn’t entirely sure that the embroidery wasn’t polyester, but apparently it’s rayon, and it took the pink dye very well. Again, I had to replace the bows, which were synthetic and remained salmon coloured, but happily I found a matching satin ribbon.

I then dyed some granny underwear from Hema, which I think closely resembles more casual 1940s underwear, using Powder Pink, so it matches my other 1940s undies. This dye could have been a bit more towards lilac for me, and less towards orange. 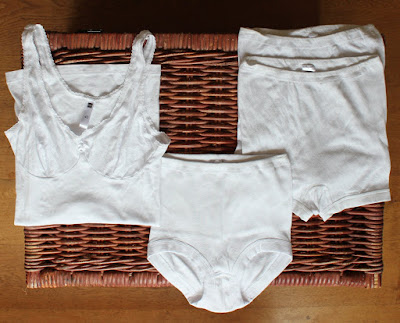 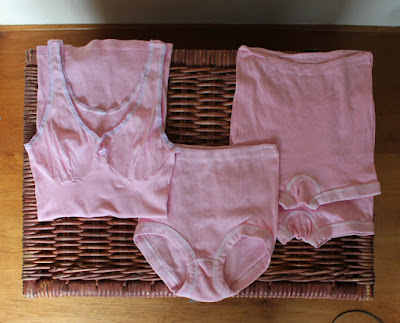 Then I dyed a nightgown. 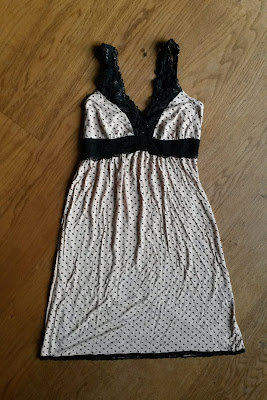 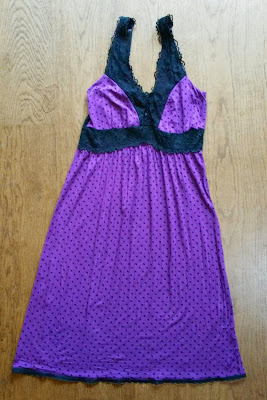 This turned out a VERY Intense Violet indeed, much more so than the first shirt I dyed in this colour. I thought I needed one package of dye for it, but it turned out it actually weighed less than the 250 g one package is intended for, so that must be why.

And finally, I decided to revive a not so old but very faded pair of jeans, using Navy dye. 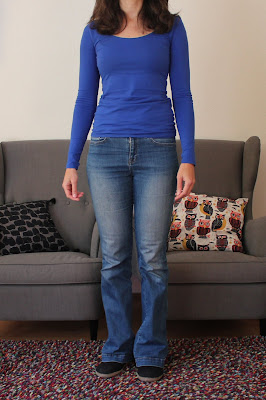 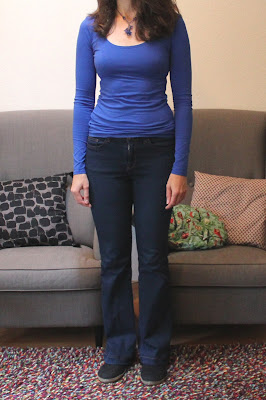 I ripped the bottom hem because the jeans were a bit too long, and this way I hoped they’d take the dye evenly. I think it worked rather well. I shortened the jeans a little and rehemmed them with matching thread. 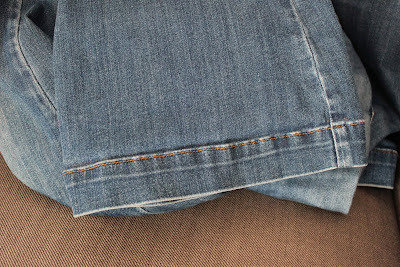 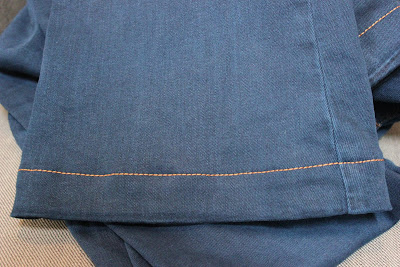 Here’s the top of the jeans. In this case, it’s a good thing that the thread doesn’t take the dye: 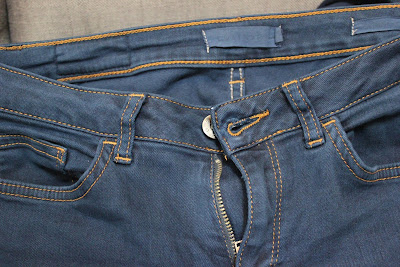 The only time I didn’t get satisfactory results, or any results at all, in fact, was when I tried to renovate some black clothes. I helped my mum do so first, and we used the same amount of black dye we would have needed to dye white clothes black, which, looking back, seemed a bit wasteful. So I tried to renovate a black sweater and a thin black shrug using just one package of dye, but apparently that was much too little. Therefore, when renovating my jeans, I again used the amount of dye required to dye white jeans navy.
Posted by misshendrie at 20:14