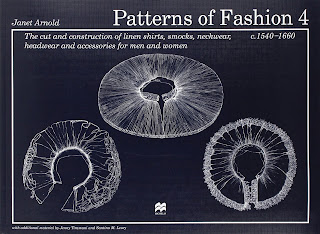 Pattern: based on the 1659 shirt worn by Claes Bielkenstierna in Janet Arnold’s Patterns of Fashion 4

My husband is ‘chief commander’ of the commemorative battle for the siege of Grol (het beleg van Grol, in Dutch) at Groenlo, meaning he coordinates the battle, and as such, I decided he could no longer do without a proper 17th century shirt. Even though no one sees what he wears underneath his suit.

As I want to be able to attach different styles of collars and cuffs to the shirt, I wanted a very basic shirt, without lace ruffles and the like. So I decided to use pattern 15 from the excellent Patterns of Fashion 4, a ca. 1659 shirt worn by Claes Bielkenstierna. This had the typical characteristics of shirts from the period (also the earlier period, which was necessary as the siege of Grol took place in 1627) but no frills.
I measured the pattern and found that the circumference of the shirt was 2 metres! I know shirts were very wide in the past, unlike the jackets that went over them, but as my husband’s build is very slim, and pictures of Bielkenstierna showed he was rather rotund, I reckoned I could make my version of the shirt a little narrower. Otherwise I mostly did as the pattern description said. These were the pieces of linen I cut (the photos in this post are pretty terrible; somehow my camera seemed to have trouble with the bright white!): 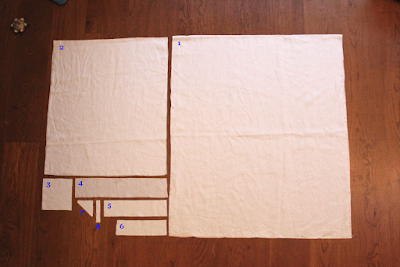 This is the shirt before I gathered the neckline. The shoulder seam on shirts like these tended to hang off the shoulder, but without gathers, she shoulders would have been very wide! 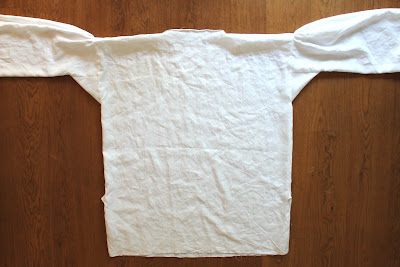 And after gathering the neckline and attaching the collar and tapes: 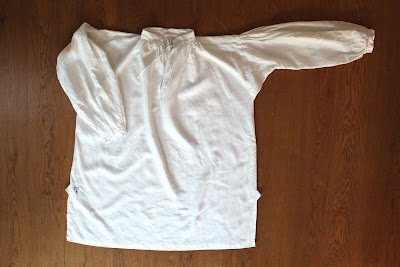 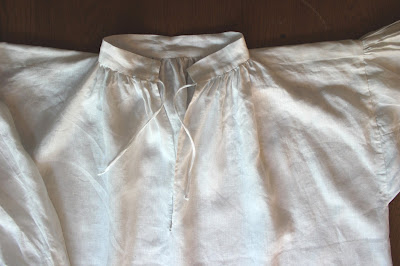 I worked a bar reinforcement at the bottom of the front opening. The original shirt had a ‘spider’ reinforcement, which I tried before on an underdress I made for myself, but this is another style that was also used in the period. 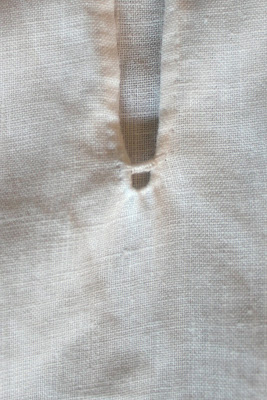 The shirt was sewn by machine, with all hemming, topstitching, and the above reinforcement, done by hand. 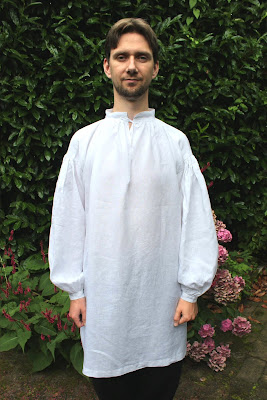 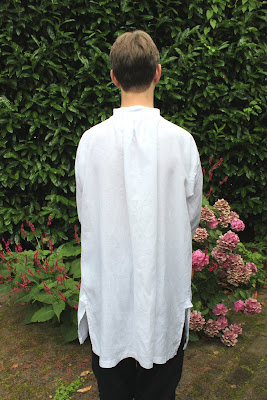 Through modern eyes, a shirt like this is almost a dress! But the shirt would have been wrapped between the legs before putting on trousers, and used instead of underpants. 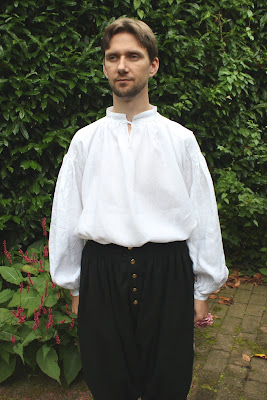 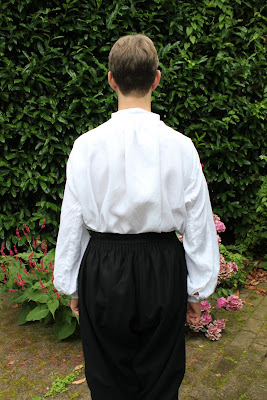 The original shirt had tapes at the cuffs as well as at the collar. But I replaced the cuff tapes by hooks and thread loops, because it seemed very inconvenient for my hubby to not be able to close his own cuffs. 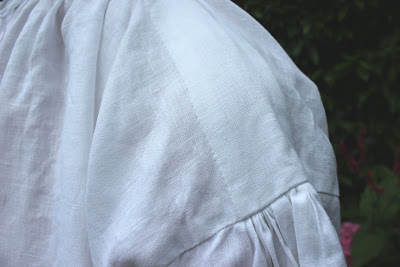 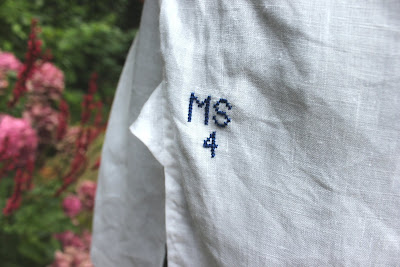 I embroidered my hubby’s initials, and a 4 for the fact that this is the fourth shirt I’ve made for him.