Just a warning – here comes the sexiest garment I’ve ever made! :P

Last year I made a Women’s Land Army hat, and now I’ve added khaki drill dungarees to my WLA wardrobe. I thought it would be nice to also have the less formal WLA uniform, besides the corduroy breeches. 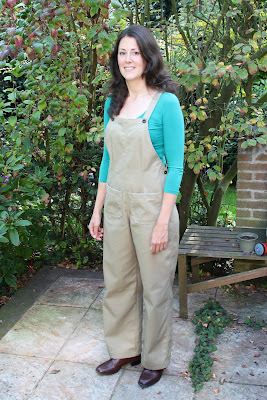 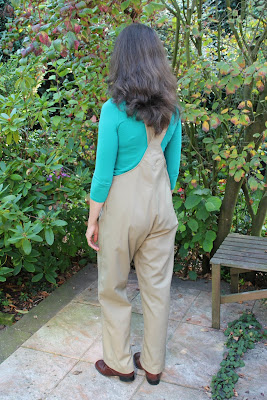 I had been wanting to make these for a while, but the hardest part was finding the right fabric! It had to be cotton, but with a coarse twill weave and not the standard canvas one. And also, it had to be a very particular colour. Eventually an almost perfect fabric became available on eBay, and at only 3 euros a metre, including shipping! XD 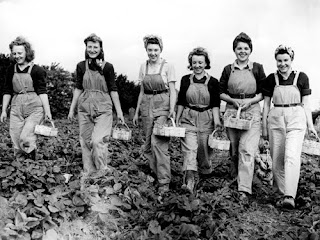 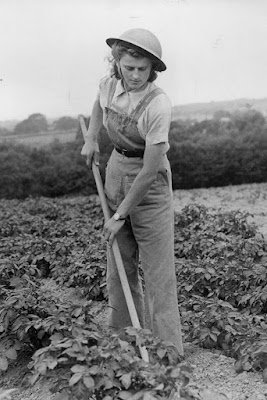 I used an improvised pattern, and based all the stitching details on photos of original dungarees. The construction of the overlapping shoulder straps at the back is also based on existing dungarees – otherwise I would never have sewn them in such a way! This construction method, and also the less than neat stitching on the originals, clearly shows that these trousers were mass produced!
The original dungarees I used as an example had flat felled seams on both sides. They were baggy enough for this (it isn’t possible on tighter legs), but it was still a hassle to sew! 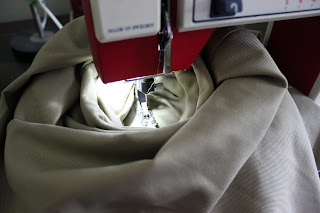 I tried to make the dungarees baggy enough to look the part, but with the right fit – they shouldn’t be all too baggy at the waist and bust. Call me delusional, but worn with a belt, I don’t actually think they’re too unflattering! 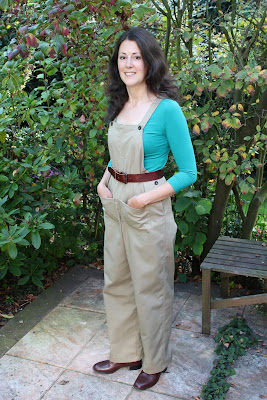 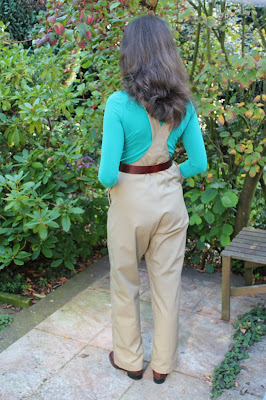