Women’s Land Army jumper – and how you can make your own! 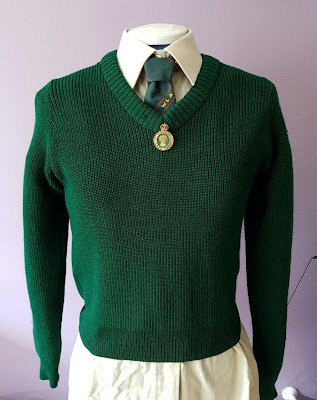 Yes, finally I’ve got a WLA jumper! (And finally my uniform contains one piece that is actually my colour! :P) In my opinion this is one of the hardest WLA uniform pieces to obtain, because there are no good reproductions available. Some web shops do offer them, but unfortunately the only thing they’ve got in common with the real thing is that they’re green and sometimes ribbed. However, they’re always made of cotton whereas original WLA sweaters were made of wool (and I know which I prefer for re-enactment events as well!), and even if they’re ribbed, the rib used is not the same at all.

So I’d been thinking about how I was going to make a good WLA jumper. There were hand knitting patterns for them at the time, but I didn’t feel like knitting one because frankly, an entire sweater in k1p1 is just boring! Then my husband mentioned he had an old Dutch army sweater lying around that he wasn’t using anymore, and it turned out to be 100% superwash wool and exactly the right fisherman’s rib!

This is what the sweater looked like, nice Dutch flag and all :P: 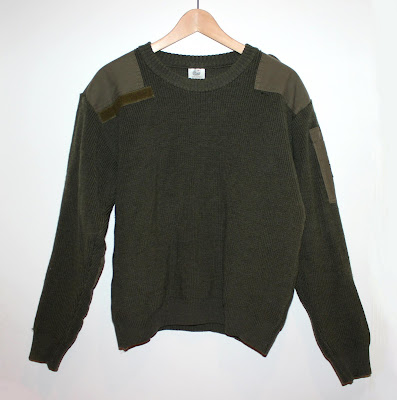 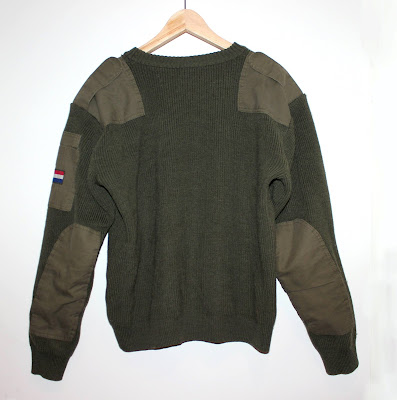 I removed the stitched on cotton pieces and took the jumper apart, then sewed it back together, making it much smaller. Luckily, as the army sweater was too long anyway, I could omit using the part of the body which had the shoulder pieces, as the stitching left dents which even blocking didn’t remove. This was also the case with the sleeves, but I couldn’t avoid using those bits.

Creating the v-neck collar took the most effort. I carefully took off the collar, threading all its loops with scrap yarn, then made the v-shape and hand sewed the collar onto the jumper, taking care to reattach each loop.

And then all that had to be done was dyeing the jumper the correct shade of green! I say ‘all’, but this took some experimentation. I had experience with Dylon textile dye and although it isn’t meant specifically for wool I assumed it would work. The packaging says that ‘lighter shades will be achieved in wool’, so I thought I’d just add a bit more dye than specified. I did several dye tests on leftover bits of the army sweater, using varying ratios of Dark Green, Emerald Green and Tropical Green – and found that using Dylon in a lighter, bright colour in order to add intensity doesn’t work at all. Eventually I got a relatively bright green, but I had used so much Dylon dye to achieve this in the sample that to dye the entire jumper would have taken 50-70 euros worth of dye! Obviously that wasn’t an option, so I searched online for dye that was meant specifically for wool, and came across STV Jaquard wooldye. I ordered one bag in the colour ‘vogelmuur’ (chickweed – heh, that’s actually appropriate for the WLA in more ways than one!). 20 grams, that was supposed to be more than enough to dye my 425 g jumper. I found that hard to believe. Also, the fabric had to be heated to 98°C for the dye to work properly, and I assumed it would felt, or at least shrink. But I used 1 gram of dye for another sample and it came out the perfect colour, with seemingly no shrinkage!

Dyeing the entire jumper with the wool dye was still a bit tricky because the largest pan I own was only just big enough to fit the jumper and enough water to cover it; it was a more cramped space than is usually the case when I use Dylon in my sink and I couldn’t really stir the jumper properly, so I was afraid it might end up with a slight tie-dye effect of more intense colour in some places than others. Also, despite using a meat thermometer, the pot accidentally started boiling. But despite all this, the jumper cane out absolutely perfect! I’m quite astonished by the quality of this dye, how little of it I needed and how even the result was despite the jumper being in the pan all crumpled. I had hoped the original olive green of the army sweater could be transformed to bright dark green, but I didn’t know this brightness would be possible and any colour at least darker than olive would have been ok. So I’m chuffed with this result =).

And here I am putting the jumper to the test at the archeological theme park Archeon with my full WLA uniform! 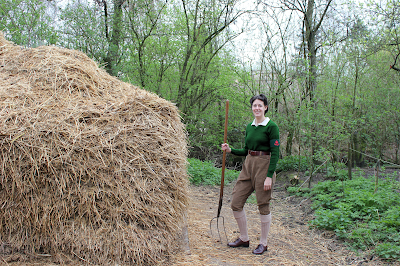 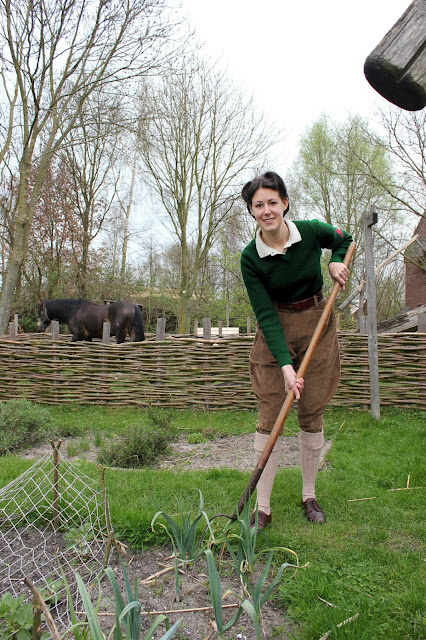 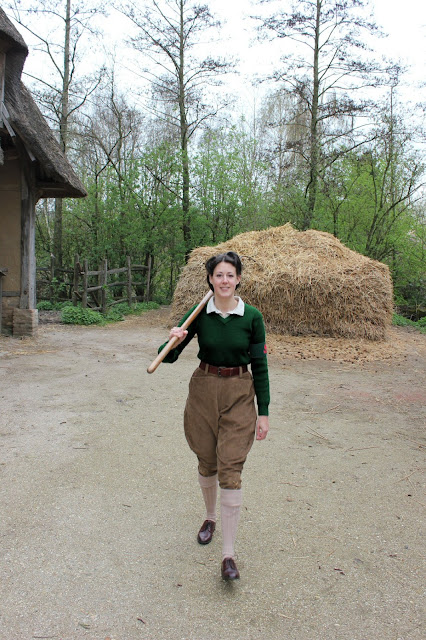 If you want to read an interesting book about the WLA, I can recommend this one: 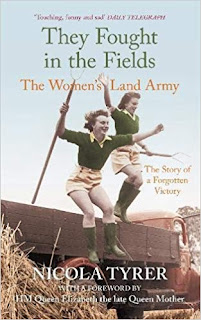