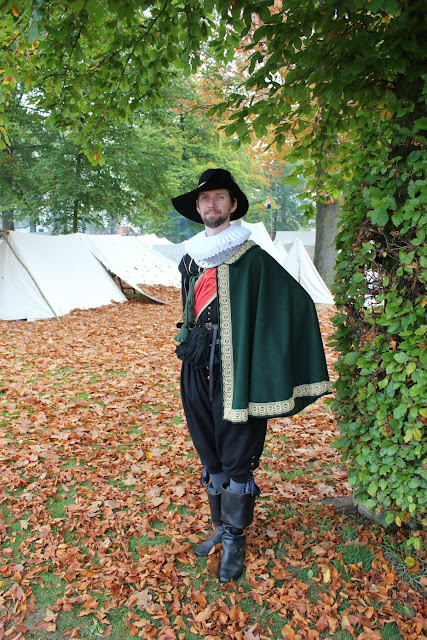 For the event ‘Battle for Grol’ that my husband and I attended last October, besides a ruff and cuffs, I also made him a cape (to be worn over one shoulder in a swanky fashion).
In the past, I let my sewing get out of hand, often júst not finishing projects in time for events (just getting them to the ‘wearable’ stage but without lining, for instance), but starting to work on new projects after those events, rather than finishing the previous one. I’ve been determined for a while now, while also trying to finish these UFOs I’ve had lying around, to NOT let any more UFOs originate, but finish each new project straight away. Unfortunately that failed with this project, as I dyed the natural coloured tassels and cord dark green, but the colour didn’t turn out exactly right, and then I lost my notes and couldn’t find them for months! Finally, I decided to just guess what I did then, and dyed the tassels again; this time it worked out exactly right. 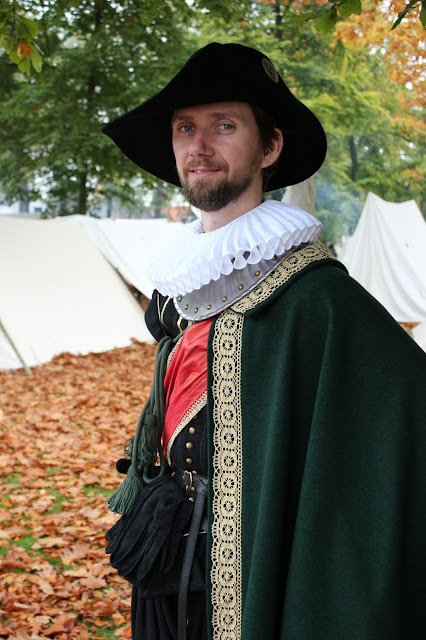 The cape itself is a simple half circle, with a small half oval cut out at the centre back, for the neckline. The collar is a rectangle consisting of two pieces of wool measuring 12.5 by 54.5 cm. I hand sewed the gold lace onto it, then lined it, so it hangs smoothly. 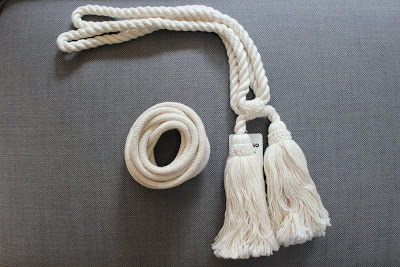 As I said, I bought natural-coloured cotton cord and tassels. The tassels were attached to short loops for use on curtains, so I removed those and sewed the tassels onto the longer cord, and then proceeded to dye them. I had Dylon hand laundry textile paint in dark green and black, and used about the amount necessary to dye fabric weighing what the cord and tassels weighed, with green and black dye in equal measures. But I didn’t realise that much of the weight of the cord was on the inside of the cord, while only the outside would be exposed to the dye. Therefore, I assumed I had used too much paint and the items would probably end up black instead of dark green if I left them in the dye for the specified amount of time. Also, the items looked like they were getting really dark. So I took them out much earlier, but it turned out that most of the black dye rinsed out, and once they had dried, the colour was too light :(, as you can see on the photos taken at the event.
Recently I dyed the tassels again, again using equal amounts of each dye, but left them in a bit longer (still not the full hour, though). Sewed them back on, and then the cape was finally finished! 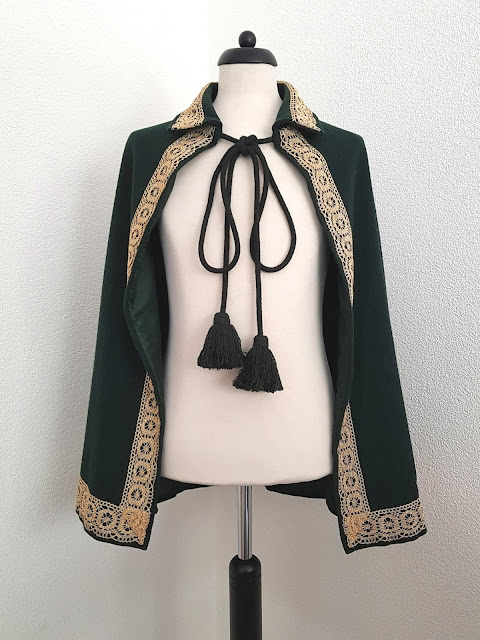 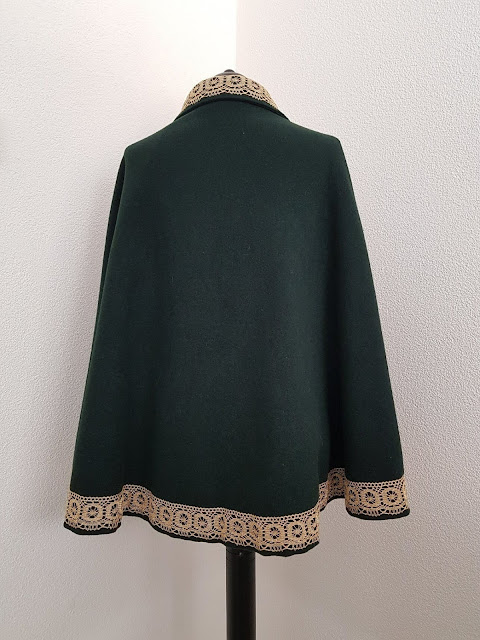 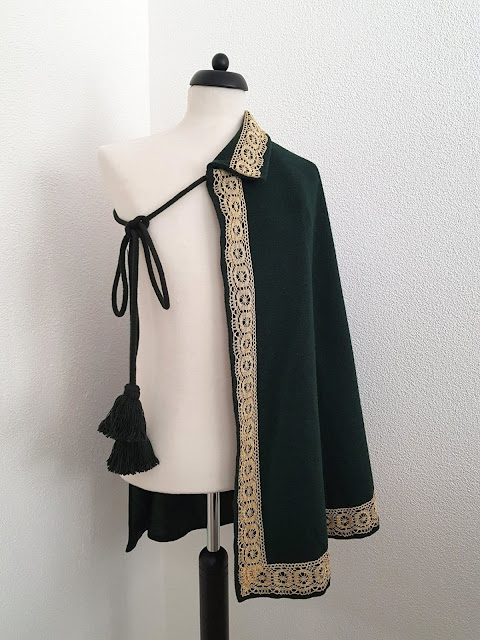 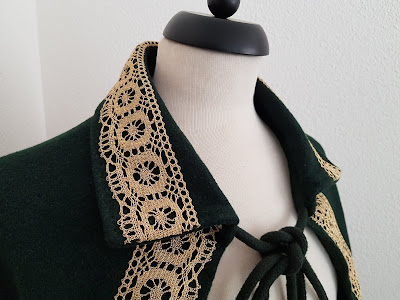 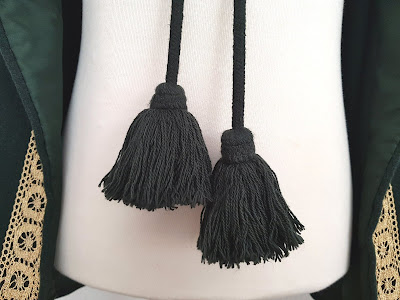