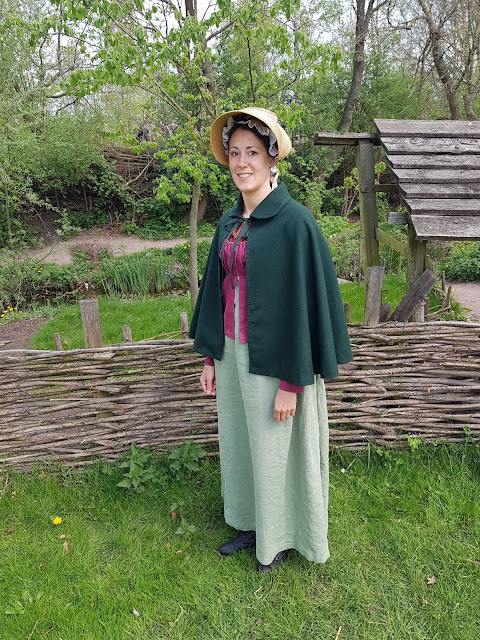 After I made the 17th century cape for my husband, I realised I could do with a warm item in my camp follower’s wardrobe, and could use the leftovers to make it. I had 2.5 m of fabric originally, of which I used 1.9 m for the 17th century cape, but I easily managed to get a short cloak for myself out of what was left =). Mine’s just got a seam down the back, but that’s totally realistic, as piecing was normal back then, especially for a working class person’s attire. 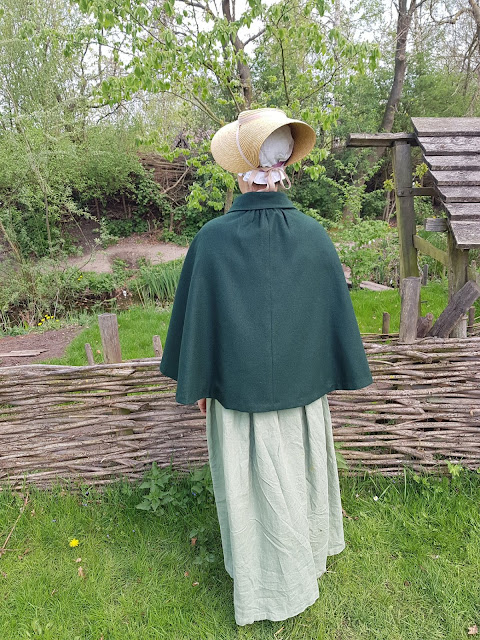 Again, the pattern was improvised and is a simple half circle, except that I added a gathered 15 cm of extra fabric at the back. This cape is also a bit shorter than my hubby’s. I cut a half oval out of the back for the neckline and attached a collar consisting of two strips of fabric measuring about 12.5 by 52.5 cm. I initially wanted to make the collar the same as the one on the 17th century cape, but decided to make it more rounded, for a more feminine look.
Finally, I lined the cape and attached two pieces of cotton twill tape to close it. Easy! 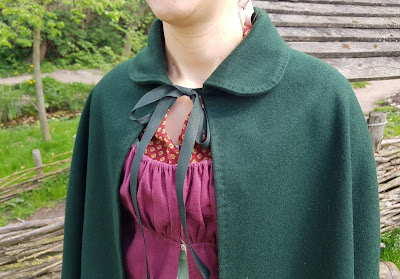 This is the  first Make Nine project I’ve finished!

Oh, and I made a new apron: 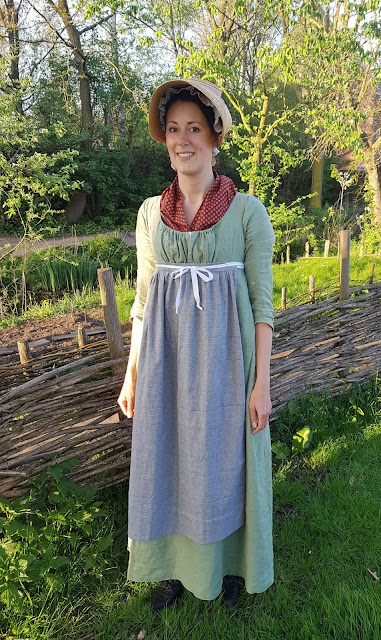